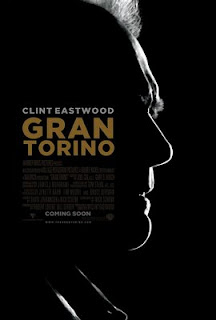 It's that time of the year when awards-grabbing movies really go for broke. And in the USA, especially, the release schedules (in Los Angeles and New York) are packed with prestige movies, while critics and awards voters crowd into darkened screening rooms to make sure they see all of the contenders in time for voting deadlines.

Well, my deadline for the London Film Critics was on Tuesday, so I feel like 2008 is a wrap for me. Although I am still watching late-entries before voting as an Online Film Critic next week. The big guns I've seen since the last post include David Fincher's The Curious Case of Benjamin Button, Will Smith's Seven Pounds and Stephen Daldry's The Reader - all worthy films with plenty to recommend about them. But the best of this late bunch is, hands down, Clint Eastwood's Gran Torino. I have no idea how he does it, but he consistently shows up right at the end with one of the best films of the year, and this is one of his best films ever - both as a director and actor (he even sings the theme song, which he wrote!).

Stirred in between those high-profile things were lower-denominator fare like Adam Sandler's not-too-funny Bedtime Stories, Jim Carrey's not-so-funny Yes Man, Keanu Reeves' not-so-good The Day the Earth Stood Still. These are the films that will make all the money, alas.

Better have been the gloom-and-doom docs like I.O.U.S.A. and The Age of Stupid - neither is very hopeful, but if they wake us up they're worth the effort. And The Tale of Despereaux is a surprisingly lovely bit of animation. I'm also catching up with year-end contenders like Tilda Swinton's Julia and the Swedish favourite Let the Right One In. And I have my last actual press screening of the year this morning. Whew!
Posted by Rich Cline at 09:25 No comments: 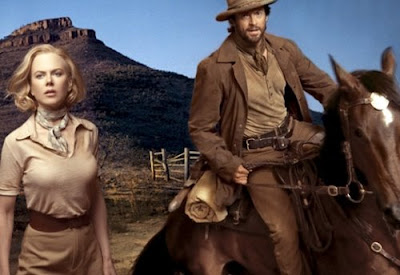 Movies don't get much bigger than Baz Luhrmann's Australia! (No, the title doesn't actually have an exclamation mark in it, but it should.) Massively sweeping at 2 hours 45 minutes, it wallows happily in camp and cheese and sentiment, and is so thoroughly entertaining that you don't want it to end. So few filmmakers have the nerve to make movies like this anymore that you can't help but sit back and love it. And both Nicole Kidman and Hugh Jackman simply ooze movie star chemistry and presence. Whether it connects with awards voters is another issue altogether - they haven't quite known what to do with Lurhmann's previous stabs at genius.

Otherwise, over the past week I've had a break from worthy year-end movies, although it's all about to crank up again soon. This past week has gone to the dogs: Bolt and Beverly Hills Chihuahua, to be specific. Both films overcome their limitations to offer genuinely enjoyable entertainment. Slightly more serious is Yoji Yamada's terrific third samurai drama, Love and Honour, and the astonishingly engaging steroid documentary Bigger Faster Stronger, which gets far deeper into its subject matter than we expect.

Today I'll be at the press conference for The Spirit with Samuel L Jackson, Scarlett Johansson and Eva Mendes, and upcoming films include Seven Pounds, The Reader, Bedtime Stories, The Tale of Despereaux and The International.
Posted by Rich Cline at 08:02 No comments: