Critical Week: All for one

The big press screening in London this week was for Paul WS Anderson's 3D remake of The Three Musketeers, a goofy but violent action-comedy variation on the story. Yes, it's bloated and stupid, but also has some guilty-pleasure fun in it. And there were two other hyperviolent big American movies: Jason Statham, Clive Owen and Robert DeNiro thundering through the blunt spy thriller Killer Elite, and Taylor Lautner posing his way through the identity/chase thriller Abduction. At least high-powered casts held our attention through all three movies, it's just a shame there wasn't a subtle moment between them.

Much more involving was Terence Davies' The Deep Blue Sea, a quietly gruelling post-war romance starring the amazing Rachel Weisz and Tom Hiddleston. Miranda July's The Future is deliberately quirky but also full of telling observations about relationships and life. Sion Sono's Guilty of Romance is bold and difficult and exhilarating. The Texan indie Red White & Blue is disturbing and unpredictable. And The British Guide to Showing Off is a colourful and lurid doc about the hilarious Alternative Miss World competition. Even the relentlessly inspirational disabled-dolphin movie, cleverly titled Dolphin Tale, was surprisingly involving even if it used the possibilities for 3D even less than The Three Musketeers did. 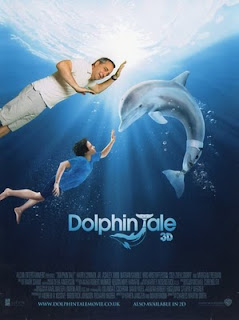 Critical Week: Let's hear it for the boy

There were a few big press screenings this past week here in London, but none were so surprisingly enjoyable as Craig Brewer's remake of the 1984 dance hit Footloose, which won us over with sheer skill and energy. We also enjoyed Steven Soderbergh's brainy all-star epidemic blockbuster Contagion, Joseph Gordon-Levitt in the cancer comedy-drama 50/50, and Andrea Arnold's astonishingly visceral (and award-winning) adaptation of Wuthering Heights.

A bit less enjoyable was the Sarah Jessica Parker comedy I Don't Know How She Does It, which was watchable but also forgettable. We also had Hugh Jackman in the redemptive robot-boxing romp Real Steel. I loved the deeply disturbing documentary The Green Wave, about the crushed 2009 street demonstrations in Iran. And I also enjoyed the six films I saw in press screenings for the Raindance Film Festival, which starts next week - most were small independent British films.

This coming week, screenings include Killer Elite, the rather intriguing collision of Jason Statham, Clive Owen and Robert DeNiro; Taylor Lautner in the thriller Abduction; The Three Musketeers, yet another 3D remake; Terence Davies' The Deep Blue Sea with Rachel Weisz; Morgan Freeman in Dolphin Tale; and the festival favourite Miss Bala. And just as Raindance begins, so too do press screenings for the 55th London Film Festival. When it rains it pours...
Posted by Rich Cline at 23:16 No comments:

The rock-and-roll documentary Pearl Jam Twenty was a highlight for film critics this past week, tracing two decades (and then some) in the history of the band and the whole grunge movement. Even if it was a bit one-sided, it's packed with great interviews and terrific concert footage. But the biggest movie of the week for me was a late screening of John LeCarre's Tinker Tailor Soldier Spy, the all-star British espionage thriller directed by the insanely gifted Thomas Alfredson (Let the Right one In). The week's biggest event was the launch of the 55th London Film Festival, which takes place in October and features a strong programme of starry movies collected from recent festivals. Most of the world premieres this year will be for smaller independent films.

Slightly less stellar were the true drama Soul Surfer, which wasn't as mawkish as it could have been thanks to a solid cast; the British comedy-drama Reuniting the Rubins, which stars Timothy Spall but struggles to make anything about its contrived plot work; the indie American drama August, which is a lot more successful at evoking the lingering feelings after a break-up; and the French drama Mademoiselle Chambon, a gorgeously shot and played marital drama that never quite convinces us. I also caught up with 10 short films exploring the dark side of love on the Peccadillo compilation disc Boys on Film: Bad Romance.

This coming week we have press screenings for the 19th Raindance Film Festival, which starts 28 September. And as for theatrical releases, we'll see Seth Rogen and Joseph Gordon Levitt in the cancer comedy-drama 50/50, Sarah Jessica Parker in the rom-com I Don't Know How She Does It, Hugh Jackman in the robot-boxing romp Real Steel, Craig Brewer's remake of the 80s dance hit Footloose, Andrea Arnold's reimagining of Wuthering Heights, and the documentary When Africa Met China.
Posted by Rich Cline at 14:26 No comments:

The big movie screened to UK critics this week was Roland Emmerich's ambitious drama Anonymous, which explores the Oxfordian theory of the authorship of Shakespeare's plays. As expected, it's a big starry movie - the hefty cast includes Rhys Ifans, Vanessa Redgrave, Mark Rylance, Joely Richardson and David Thewlis and a bunch of rising star hotties. Much more intense action was to be had in Machine Gun Preacher, starring Gerard Butler as an ex-con who finds God and sets out to help orphans in Sudan; Warrior, with Tom Hardy and Joel Edgerton as Ultimate Fighter brothers on a collision course for a big match-up; and the riotously silly but enjoyable Colombiana, starring Zoe Saldana as a fierce Latina with a score to settle. Aside from the last one, I'm not yet allowed to tell you what I thought about these films, as reviews are under embargo.

And then there was Kevin Smith's notorious Red State, a furious and skilful thriller that actually has something to say; the fascinating and oddly superficial doc Ultrasuede, about the iconic designer Halston; the goofy, so bad it's funny gay bandwagon-jumping "thriller" Vampire Boys; and digital restorations of two terrific classics: Terrence Malick's stunning 1978 Richard Gere drama Days of Heaven and Peter Jackson's astounding 1994 thriller Heavenly Creatures, which introduced the world to a young Kate Winslet (she hasn't changed at all).

This week I will finally catch up with the imminent new adaptation of John LeCarre's Tinker Tailor Soldier Spy - I've missed a couple of earlier screenings. I've also got the girlie dramas Monte Carlo and Soul Surfer, the French film Mademoiselle Chambon, and the rock doc Pearl Jam Twenty.
Posted by Rich Cline at 20:56 No comments: