Critical Week: Soak up the sun

London critics had a chance to catch up with John Carney's long-awaited follow-up to Once, and Begin Again turns out to be essentially the same story retold with starrier actors in New York. It's also disarmingly enjoyable, with wonderful songs and nicely offhanded performances from the entire cast, which includes Keira Knightley (who can truly sing), Mark Ruffalo, Adam Levine and James Corden. Richard Linklater's ambitious and utterly amazing Boyhood is nearly three hours long, was shot over 12 years, and stars Patricia Arquette and Ethan Hawke as parents of young actors who grow up before our eyes.

We also caught up with the British indie Love Me Till Monday, a charming and somewhat thin romantic comedy that's mainly notable for its clever refusal to indulge in any formulaic rom-com plotting. And there were also two docs: Children 404 is an eye-opening look at children in Russia who identify themselves with the LGBT community and hate the way their government is sidelining them while making it acceptable to be targets of homophobic hatred (it's the closing film at the Open City Docs Fest). And The Final Member documents the world's only penis museum, which is located in northern Iceland, and its founder's tenacious attempt to complete his collection of mammals with a human specimen. It's dryly hilarious and rather telling too.

This week, I'm taking my first no-email/no-film holiday in six years and won't resurface until Sunday, 29th June. The first screenings on my return will be Melissa McCarthy's zany (sigh!) comedy Tammy, Philip Seymour Hoffman in God's Pocket, Noel Clarke and Ian Somerhalder in The Anomaly, and the Scandinavian crime-thriller The Keeper of Lost Causes. And I'll also be looking to catch up with things I missed while away, including How to Train Your Dragon 2 and Transformers: Age of Extinction. So until then, bring on the sunshine...
Posted by Rich Cline at 18:14 No comments:

Among the bigger movies screened to London press this past week, Disney's Million Dollar Arm is the latest baseball-themed movie that will make a valiant attempt to crack the UK box office when it opens here in August (they rarely do well). It helps that the film stars Jon Hamm, and that it includes a cricket element. It's also a thoroughly engaging little film - never as edgy as it should be, but with a very strong script and cast.

We also saw Clint Eastwood's Jersey Boys at a screening introduced by a few Four Seasons numbers from the West End stage show cast, including a couple of the film's stars. The movie is a bit too gritty and dry to really take off, but the songs are great. Meanwhile, Kevin Costner gives a wonderfully wheezy performance as a washed-up CIA hitman in 3 Days to Kill, which turns into a marvellously silly Taken-style thriller just as he's finally bonding with teen daughter Hailee Steinfeld. A nice guilty pleasure.

Further afield, the British horror-thriller Keeping Rosy stars the excellent Maxine Peake as a woman who does something unthinkable, then struggles to undo it. Cool, tense and involving. Laura Michelle Kelly stars in the musical-comedy Goddess, which is far too contrived to properly engage the audience, even with decent performances and ok songs. Wakolda is a superbly insinuating thriller from Argentina about a young teen girl in 1960s Patagonia who befriends a German doctor who just might be Josef Mengele. And The Man Whose Mind Exploded is a wonderful doc about Drako Zarharzar, a colourful eccentric in Brighton who's unable to form new memories and has a lot to say about ageing and memory.

Coming this week: Keira Knightley and Mark Ruffalo in Begin Again, Richard Linklater's Boyhood, the British rom-com Love Me Till Monday and the penis museum doc The Final Member. And then I'm taking a no-films-allowed holiday for a week!
Posted by Rich Cline at 11:48 No comments: 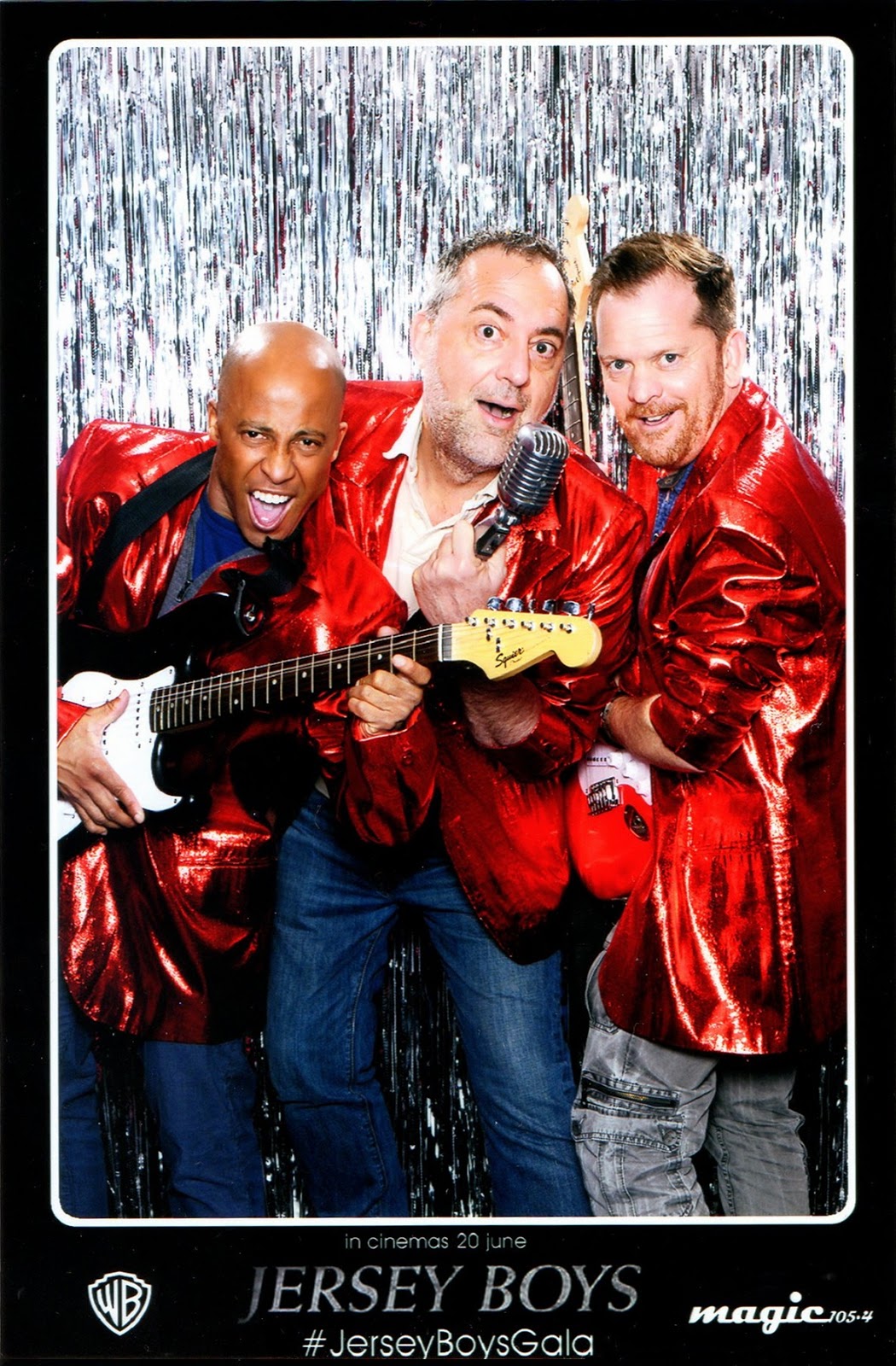 For one night only: Eric, Rich and Martin are the Three Seasons
Posted by Rich Cline at 22:40 No comments:

London critics have been able this week to catch up with the much-hyped weepy teen romance The Fault in Our Stars, although our comments have been embargoed until it opens in Britain next week. Pushed to top of this week's US box office chart by teen-girl fans of the novel, the movie stars Shailene Woodley and Ansel Elgort (above). Also just out in the US and opening this week in the UK, The Sacrament is a fictionalised retelling of the gruesome events at Jonestown, Guyana, in 1978. Despite its tired found-footage stylings, it's involving and unnerving. Yet another shaky-cam movie, Earth to Echo is a teen-boy adventure that strains to capture the magic of three classics that are always worth watching again, regardless of your age: E.T., Stand by Me and The Goonies.

Further afield, we also caught Nicole Kidman and Mark Strong in the erratic Memento-meets-50 First Dates thriller Before I Go to Sleep Home, Emily Browning in the enjoyably offhanded Scottish musical God Help the Girl, Toby Jones in the urgent but uneven teen immigration drama Leave to Remain, Naya Rivera in the effectively creepy thriller Home, Diane Kruger in the too-wacky French rom-com A Perfect Plan, and the involving, fable-like Palestinian drama When I Saw You. But the most important film of the week was the finely crafted doc We Are Many, about how governments ignored the largest protest in human history in February 2003 and invaded Iraq anyway. But the lingering fallout from that day has changed the world.

I also was able to attend the launch event at the British Library for The Good Inn, a graphic novel created by Pixies frontman Black Francis, author Josh Frank and artist Stephen Appleby, all of whom were on hand to talk about their surreal story, which involves the early history of film in Paris. So at the event, they screened two early classics that inspired the project: Georges Melies' A Trip to the Moon and Luis Bunuel's Un Chien Andalou. A terrific evening!

This coming week's films include Clint Eastwood's movie of the hit stage show Jersey Boys, Jon Hamm in the baseball-cricket drama Million Dollar Arm, Maxine Peake in the British psycho-thriller Keeping Rosy, the acclaimed Argentine drama Wakolda, and two docs: exploring Russian discrimination in Children 404 and art and senility in The Man Whose Mind Exploded.
Posted by Rich Cline at 10:22 No comments:

Email ThisBlogThis!Share to TwitterShare to FacebookShare to Pinterest
Labels: ansel elgort, before i go to sleep, black francis, earth to echo, god help the girl, naya rivera, nicole kidman, shailene woodley, stephen appleby, The fault in our stars, the good inn, the sacrament, we are many 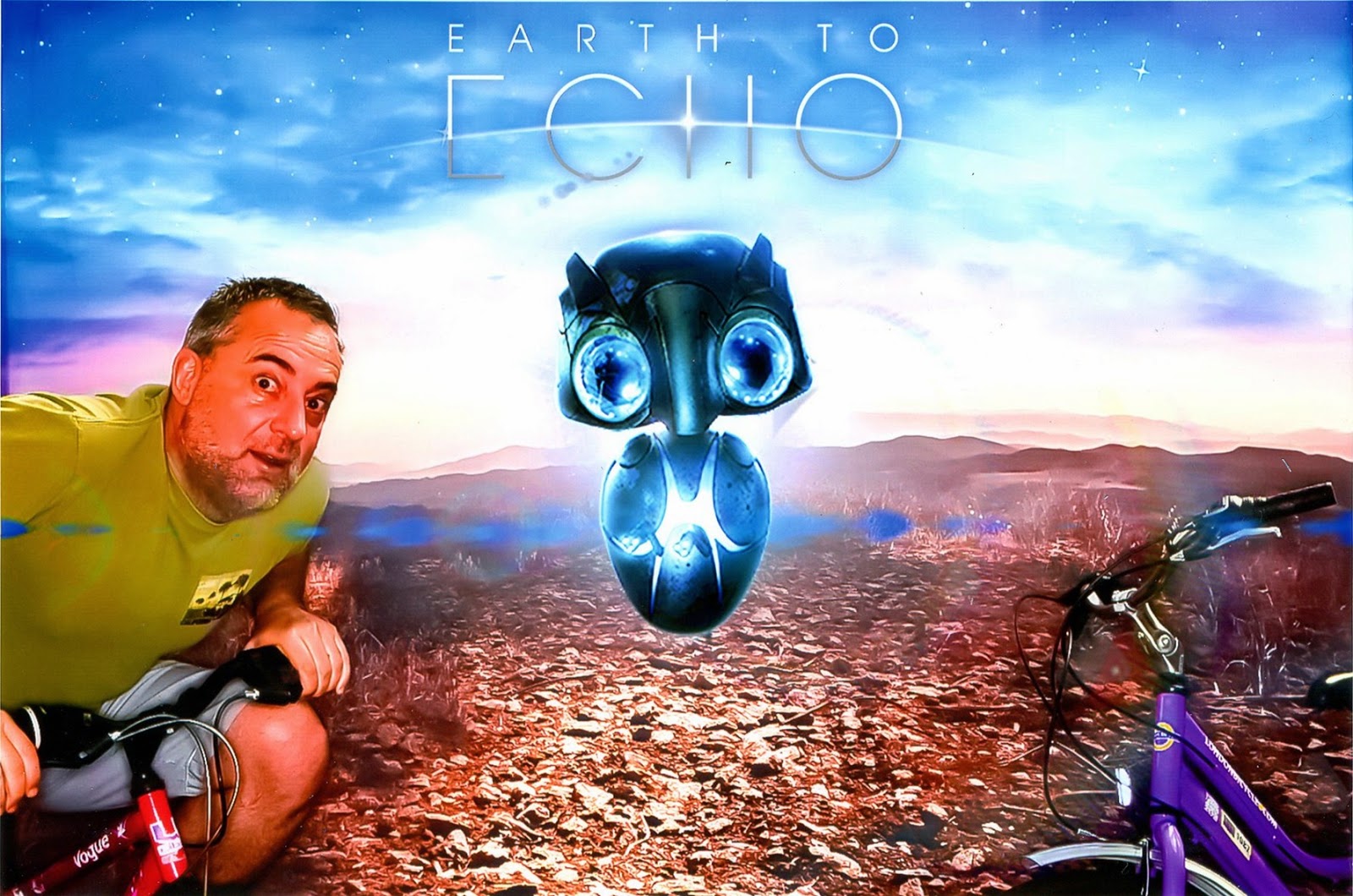 Write your own caption...
Posted by Rich Cline at 12:25 No comments:

Virtually every genre taste was catered to for London critics this past week. We caught up with the Jonah Hill/Channing Tatum sequel 22 Jump Street this week, a raucous comedy that has very little plot but keeps the audience in spasms of laughter all the way through, mainly as it pokes fun at sequels and franchises. There was a very late screening of Edge of Tomorrow, the time-loop alien invasion thriller with Tom Cruise and Emily Blunt. (No one quite knows why a sharply well-made film as entertaining as this was only screened the day before it opened in the UK, but word of mouth should build for this one.) And we only had one more day's notice for Seth MacFarlane's comedy-Western A Million Ways to Die in the West, a relatively amusing vanity project saved by Charlize Theron, superb supporting actors and cameo turns.

Nicole Kidman does what she can with Grace of Monaco, a corny and heavily fictionalised account of one year in the life of the actress-turned-princess. The stylish and intriguing dark thriller Anna stars Mark Strong as a memory detective tasked with investigating a very troubled teen (Taissa Farmiga). A bracingly original twist on the haunted house movie, Oculus stars Karen Gillan and Brenton Thwaites as siblings confronting an evil mirror. And the terrific Rosamund Pike and David Tennant are upstaged by three gifted child actors in the surprisingly solid British black comedy What We Did on Our Holiday.

This coming week, we have Kevin Costner in 3 Days to Kill, the Scottish musical drama God Help the Girl, the horror movie Home, the French rom-com A Perfect Plan, the Iraq War protest doc We Are Many and quite a few other documentaries that are coming to festivals around Britain this month.