Stage: More than a game 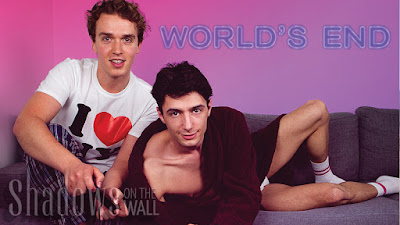 This world premiere drama has a powerful emotional kick as it sets a darkly personal story against some pointed period events. The political angles of the plot sometimes feel a little overpowering, but James Corley's play is brought to vivid life by the talented cast and crew at the intimate King's Head Theatre, which always punches above its weight.

It opens in late 1998, as 19-year-old Ben (Milligan) and his mother Viv (Potter) move into the World's End estate in Chelsea. They've had a life shifting from place to place, and Ben is an emotional wreck as a result, frightened by his own shadow while Viv indulges his fears and allows him to hide with his videogame console, plus some secret dial-up internet browsing. Their new neighbours are widower Ylli (Brahimllari) and his 19-year-old son Besnik (Bega), who arrived in Britain years ago as refugees from Kosovo. Besnik is a lively, friendly kid who seems determined to bring Ben out of his jittery shell, and they bond as they play Ben's new videogame Zelda. Besnik is gay, something his father still struggles to accept, and the deeply closeted Ben is drawn to his confidence and relaxed openness over the next eight months as their lives change momentously. 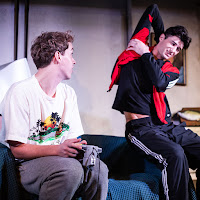 The way these four people circle around each other is fascinating, and very easy to identify with. Viv may be far too dismissive of anything serious, pushing it into the background and hoping it goes away as she focusses on an imagined future. And Ylli is the opposite, unable to let go of his past and get on with his life. Their story arcs are powerful because of the ways they struggle to cope with their own issues. Corley's script never quite seems sure what to do with them, leaving chunks of their journeys off the stage. Still, Potter is simply wonderful, a bundle of repressed emotions and selfish urges. And Brahimllari has terrific presence as a proud man who feels wronged by the tragedies around him.

But this is actually Ben's story, and the excellent, compelling Milligan fills each scene with nervous energy, stuttering and hesitating, and very slowly coming out of his shell as his connection with Besnik develops into a rather sweet romance. The magnetic Bega maintains Besnik's swagger all the way through, subtly shifting as he quietly falls for Ben. Where their story goes is rather tough and sometimes jarring, both because of events in their lives and the way Corley's narrative skips over some key moments. But the final scene is deeply moving, mainly for what it says about how people from very different backgrounds can connect on a profound level.