Stage: A comedy of reinvention 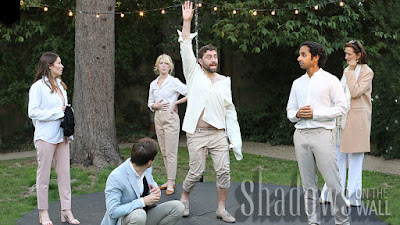 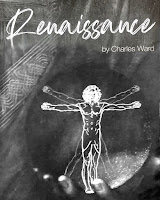 A world premiere comedy redesigned for pandemic restrictions, this production reunites four actors who were working together at the National Theatre when lockdown came into force. It's based on a brief period in 1502 when Leonardo Da Vinci and Niccolo Machiavelli were living in the court of notorious Prince Cesare Borgia. Playwright Charles Ward has come up with a wildly entertaining farce in rhyming couplets, as each of the characters uses a disguise to obscure their identity and ends up reinventing themselves in the process.

The story opens as Borgia (Corrigan) asks the little-known politician Machiavelli (Limm) to take his place as the prince, to give him a break from ruling his turbulent kingdom. Then Da Vinci (Sharan) arrives posing as a politician in an effort to escape from the pressures of being an artist. This is further complicated when Borgia decides to pretend that he's a painter. Enter neighbouring ruler Caterina Sforza (Cullinane), defying Borgia's military and stirring unexpected reactions from the wrong men: anger from Machiavelli's faux Borgia and romance from the incognito Borgia. Then Borgia's sister Lucrezia turns up, instantly knowing something is amiss even as she hides her identity by posing as a man. And finally there's the grand dame Isabella d'Este (Gwynne), a straight-talking, well-connected art collector.

Watching these people dance around each other in ever-complicated circles of misunderstanding is hilarious, especially with their witty rhyming dialog, which includes razor-sharp Fleabag-style asides to the audience. Each actor is excellent, and each has moments both big and small in which they can shine. The standout is Corrigan, whose Borgia amusingly gets into his role as a camp artist. Limm is superb as the over-thinking Machiavelli, haplessly preying on everyone he meets, while Gwynne gets the most viciously astute insults.

Performed in the gardens at Stephens House on a small round stage circled with lights, the production is simple but very cleverly designed and directed to bring out the characters and their twisted interaction. And Ward's smart, playful script gives each of these people a moment of illumination that's properly resonant.  Aside from inspiring Machiavelli to write his iconic treatise The Prince, there's no historical record of how these real people actually interacted, only that they were all together at one particularly messy time. The way Ward weaves politics and religion into the story is notably pointed, and remarkably timely in a period when we feel just as divisive and isolated.