These three ladies were the stars of Sunday night's 37th London Critics' Circle Film Awards, held at the May Fair Hotel. I'm the chair of the event, so spend most of the year organising it with a hard-working committee, lots of helpers and some great sponsors. And we spread the winners around this year. Above: Kate Beckinsale won British/Irish Actress, Isabelle Huppert won both Actress of the Year for Things to Come and the Dilys Powell Award for Excellence in Film, and Naomie Harris won Supporting Actress for Moonlight. 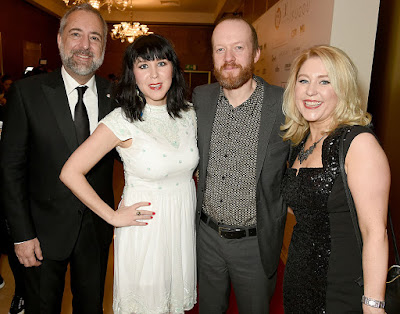 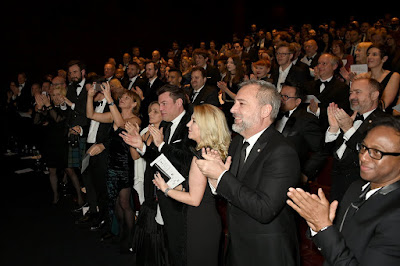 When Isabelle Huppert was presented with the Dilys Powell Award - an honour we have wanted to bestow on her for years - the audience rose for a standing ovation. 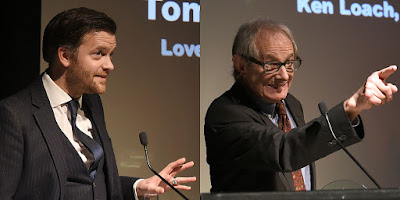 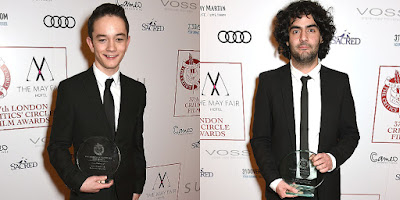 Lewis MacDougall won Young British/Irish Performer for his work in A Monster Calls, while writer-director Babak Anvari won Breakthrough British/Irish Filmmaker for Under the Shadow. 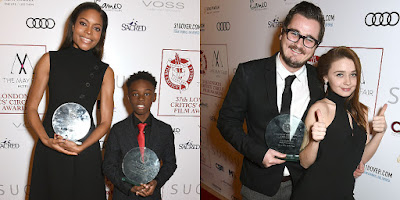 Naomie Harris poses with her award alongside her Moonlight costar Alex Hibbert, who accepted the Supporting Actor award for Mahershala Ali. And on the right, director Brady Hood with his lead actress Jessica Barden - winners of British/Irish Short Film of the Year for Sweet Maddie Stone. 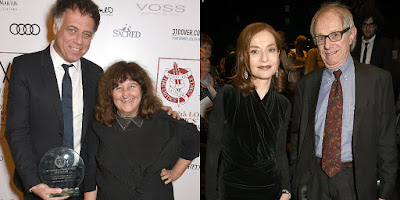 Accepting the Documentary prize for Fire at Sea were editor Jacopo Quadri and producer Donatella Palermo. And here's an intriguing couple: will we see Isabelle starring in Ken's next movie? 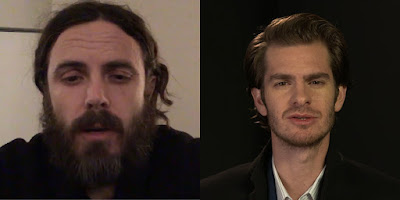 Some winners who couldn't be with us recorded video messages. These included Casey Affleck, who won Actor of the Year for Manchester by the Sea, and Andrew Garfield, who was named British/Irish Actor of the Year. Two winners sent written messages: Kenneth Lonergan for Screenplay accepting Manchester by the Sea, and Maren Ade accepting Foreign-Language Film for Toni Erdmann.

Damien Chazelle recorded his video to accept Film of the Year for La La Land on his phone just after landing on a flight to China. Laszlo Nemes sent thanks for Director of the Year for Son of Saul from the middle of pre-production on his new film in Hungary. And cinematographer Sturla Brandth Grovlen thanked the critics for his Technical Achievement Award for Victoria from Montserrat.

Nominees celebrating with us for the evening included Dave Johns (I, Daniel Blake), Sennia Nanua (The Girl With All the Gifts) and Ferdia Walsh-Peelo (Sing Street). 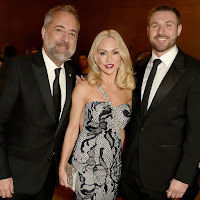 And finally, here are a couple of snaps of me - on the left with Kristina Rihanoff and Ben Cohen, and on the right with Kate Beckinsale. The Sun ran this photo hinting that I was her "dapper" date for the evening. Hmmm!