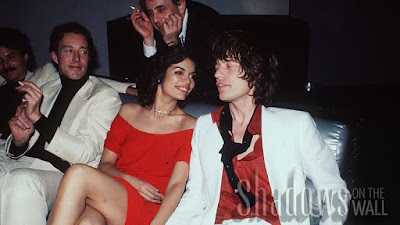 London critics had a bit of glamour this week at the press screening of Halston, a new documentary about the iconic 1970s designer. It's a beautifully made film, although it essentially skips his personal life. At the other end of the spectrum is Pokemon: Detective Pikachu, the new live-action action-comedy based on the Japanese game. It's energetic and silly, and rather good fun.

Emma Thompson gets yet another fabulous character in Late Night, as a long-time chat show working with a new staff writer (Mindy Kaling, who also wrote the screenplay) to save her show. And Ethan Hawke chomps the scenery superbly as a hapless bank robber in the comical thriller The Captor (aka Stockholm), based on the true story that coined the term "Stockholm syndrome".

There were also a wide range of indie films this week. The sweet, involving and ultimately wrenching Only You stars Josh O'Connor and Laia Costa as a young couple trying to start a family against the odds. Karen Gillan and David Dastmalchian are terrific in the haunting, emotional road movie All Creatures Here Below. Lin Shaye stars in Room for Rent, a low-key horror about a landlady who becomes scarily obsessed with her tenant. Thunder Road is a seriously offbeat Texas drama about a cop with multiple issues, underscored with dryly pitch-black comedy. Beats is a scruffy, energetically engaging Scottish film about young people trying to get to their first rave. The colour-drenched LA social media romance Daddy Issues takes some offbeat, inventive twists and turns. And there was this unusual doc, which is now streaming everywhere...

The premise of this rather academic documentary is that the classic TV sitcom Gilligan's Island was created with a specific underlying message about communism to counter Cold War fears. Filmmaker Soling takes a sparky approach, mixing in extensive archival footage and witty music along with interviews, all of which bolster his thesis to a degree. The film opens with rather long and lively outline of the Cold War and the fear that grew in the wake of the atom bomb. A year after the Cuban Missile Crisis, production began on the sitcom, which Solving describes as a story of seven disparate people trying to rebuild society in a virtual post-apocalyptic wasteland using Marxist communism as a template. (Soling observes that only the two working class characters are introduced by name in the famed title song.) As series creator Sherwood Schwartz says, there was a deep philosophy beneath the show's premise, bringing different people together and forcing them to help each other. While most movies addressed the Cold War using tragedy or disaster, he decided to use comedy instead. And stars Johnson and Wells (the Professor and Mary Ann) chat about how they understood that there was something serious under the resolutely silly surface. This doc is a terrific collection of period movie clips and anti-commie propaganda reels, plus overlong sideroads into things like the McCarthy hearings. This makes it feel like a jokey college essay about the nature of Marxism, making a series of rather spurious arguments about a 1960s sitcom. Clips from the show remind us that it was a satirical critique of all kinds of human ideologies (not just capitalism and democracy) and an escape from the rat race. The characters also reveal uncomfortable, often ridiculous truths about ourselves. That's what makes it so indelible. But this doc has other things on its mind.

It's another long weekend in Britain (I could get used to these), but the weather isn't supposed to be quite as nice as the last one. Film screenings in the diary over the next week include Anne Hathaway and Rebel Wilson's comedy The Hustle, Russell Crowe in The Professor and the Madman, Peter Strickland's In Fabric, the teen drama Just Say Goodbye, the 1970s Welsh drama Last Summer and the Chelsea Manning doc XY Chelsea.
Posted by Rich Cline at 09:45