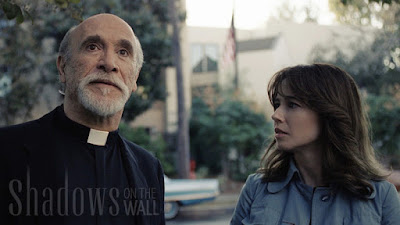 It's been another odd mix of screenings in London this week, with the added distraction of sensational weather over the four-day Easter weekend. Among the films we saw the current No 1 box office hit in the US, The Curse of La Llorona. Made to a very high quality, with a better than necessary performance from Linda Cardellini, it's a rather standard entry in the Conjuring universe: freaky and jumpy but never actually scary. And then there's the film that will be No 1 at the global box office for the near future, Avengers: Endgame. Thrilling, funny and even emotional, it's a massively satisfying climax to the last decade or so of Marvel movies.

Keanu Reeves and Winona Ryder reteam for the enjoyably offbeat romantic comedy Destination Wedding, adeptly playing two relentlessly grouchy cynics, the only speaking roles in the film. The involving Just Friends is a Dutch romantic drama gently dealing with a range of social issues, from race to homophobia. And I also saw a range of short films screening this week at Tribeca Film Festival. The best of a strong bunch were by Nick Borenstein: the mother-son zinger 99 and the exuberant lovelorn comedy Sweater.

Finally, I had a chance to catch up with Michael Moore's documentary Fahrenheit 11/9, which is set out as a carefully researched look at Donald Trump, linked to the horrific water crisis in Flint, Michigan. No politicians get off lightly. And after watching the first few episodes of the new series Fosse/Verdon, and seeking tickets to the new London stage production, I watched Bob Fosse's stunning 1969 musical Sweet Charity, featuring a magnificent Shirley MacLaine. I also attended the opening of the Stanley Kubrick exhibition at London's Design Museum - a seriously awesome collection of the filmmaker's notes, tools, props and sets that runs until September...

View this post on Instagram
A few teaser images from the Kubrick exhibition opening this morning. Serious treasure trove for movie fans #discoverkubrick
A post shared by Rich Jack Cline (@ukcline) on Apr 25, 2019 at 6:32am PDT

Films screening this coming week include Ryan Reynolds voicing the title character in Pokemon: Detective Pikachu, Ethan Hawke in The Captor (aka Stockholm), Josh O'Connor in Only You and the new documentary about Halston.