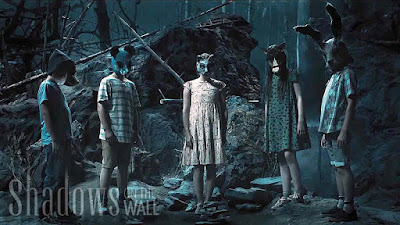 After missing them during the festival, I caught up with this week's two big releases at press screenings on Tuesday. Pet Sematary is a remake of the horror thriller adapted from Stephen King's novel. It's better than the first stab at it, as it were (I dredged up my archive review of the 1989 version and posted it together with the new one HERE.) And then there was Shazam!, easily the most enjoyable movie in recent memory from DC. It's lively and funny and has a solid plot and characters.

Seth Rogen has made unlikely romantic-comedies before, but perhaps Charlize Theron seems like a stretch too far. Well, their pointed political comedy Long Shot is a nice surprise, hilariously well written and sharply played. Judi Dench is of course great in Red Joan, as a woman accused of working with the communists back during her Cambridge University days. The film is a bit plodding and choppy, but the true story is fascinating. And from Wales, Gwen is a grim, atmospheric 19th century drama with strong horror overtones. Superb performances and skilful photography make it worth a look.