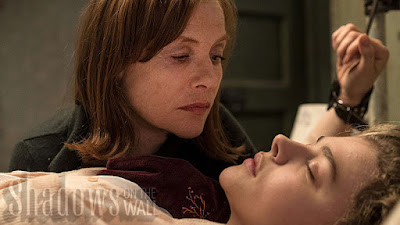 It's been a relatively quiet week, screening-wise, partly because the bigger studios have decided to stop showing their larger releases to the press. For example, this week's remake of Hellboy had no press screenings at all. And we're beginning to wonder what will happen with some rather important upcoming blockbusters. Thankfully, the smaller films and mid-sized ones are still available for us write about. This week I caught up with Neil Jordan's bonkers horror thriller Greta, starring Isabelle Huppert and Chloe Grace Moretz (above). It's nutty and entertaining. I also watched Tessa Thompson and Lily James in the gritty, powerful rural drama Little Woods.

My favourite film this week was the concert doc Amazing Grace, filmed in 1972 and only just released, revealing the awesome Aretha Franklin in all her gospel-infused glory. Puppet Master: The Littlest Reich is a riotously grisly 80s-style slasher movie about an army of killer Nazi puppets. It's both hilarious and seriously nasty. No Chocolate, No Rice is a micro-budget comedy from Washington DC, a bit clunky but full of great ideas and likeable characters. And the sparky, beautifully assembled German documentary Beauty & Decay, catches up with three punk-art stars from the early 1980s in Berlin today.

This coming week we have Zac Efron in Extremely Wicked, Shockingly Evil and Vile, Julianne Moore in Bel Canto, Robert Pattinson in High Life and the offbeat animation Doozy. I've also got a couple of events, and possibly another stage performance to cover.
Posted by Rich Cline at 18:32