Critical week: He's behind you! 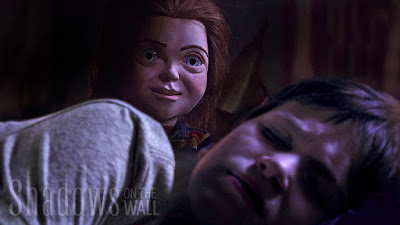 It's been a busy week catching up with movies here in London. The biggest films were entries in decades-old franchises. Child's Play is a reboot, rather than sequel, updated to the artificial-intelligence era and starring Aubrey Plaza. Toy Story 4 tells another superbly engaging story, again bringing these indelible characters together with action and emotion. And Men in Black International attempts a fresh turn in the saga, with younger stars Tessa Thompson and Chris Hemsworth, rather too much digital nuttiness and an only OK plot.

Three small-screen movies will be covered in another blog entry: Jennifer Aniston and Adam Sandler reunite for the dopey Europe-set comedy whodunit Murder Mystery, Randall Park and Ali Wong star in the snappy-silly rom-com Always Be My Maybe, and Matthew McConaughey plays to type as the stoner title character in the somewhat unfocussed comedy The Beach Bum (out this week on VOD).

As for more arthouse fare, there was Joanna Hogg's new film The Souvenir, another exploration of British upper-class repression, starring Tilda Swinton and her daughter Honor Swinton Byrne, plus Tom Burke. All are excellent, and the film is deeply chilling. Swinging Safari is a wild and woolly Aussie 1970s-set comedy starring Guy Pearce, Kylie Minogue and Radha Mitchell. It's a bit over-the-top and chaotic. The American-set British thriller Division 19 is set in a near-future society in which privacy is outlawed. It looks great but makes little sense. From South Africa, the musical Kanarie is a powerful exploration of bigotry and self-acceptance, as a young man goes through his mandatory military service as a member of a choir. From India, Unsaid is a dark drama about deep family secrets, powerfully well played. And the British documentary Are You Proud explores the Pride movement with an intriguingly critical eye.

Coming up this next week, we have Benedict Cumberbatch in The Current War, Alicia Vikander in Euphoria, Angus Macfadyen in Robert the Bruce, the Oscar-nominated drama Never Look Away, the French water polo comedy The Shiny Shrimps, the Indian drama Roobha, and the doc Southern Pride, among others....