Critical Week: I need a place to hide away 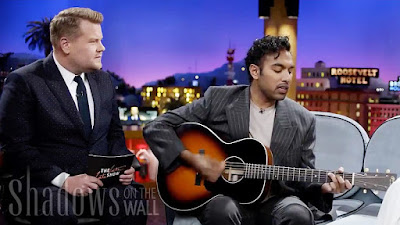 I landed back in London last weekend and dove back into the thick of it, having missed several press screenings while I was travelling over the past few weeks. One of this summer's higher profile films, Danny Boyle's rom-com Yesterday has a simple premise (what if everyone forgot about the Beatles except for one guy - played by Himesh Patel, above with James Corden) and plays out as a loving ode to the greatest pop music of all time. It's also funny and romantic. On the plane, I caught up with Sebastian Lelio's Gloria Bell, his own sparky English-language remake starring the fabulous Julianne Moore as a rather too-glamorous middle-aged woman grappling with life, love and independence.

Off the beaten track, Being Frank is a quirky comedy starring Jim Gaffigan as a man whose teen son discovers he has two families. Surprisingly, he remains likeable through it all. Deep Murder is a pastiche whodunit set within a porn movie. It's very funny, nasty and not remotely sexy. The British independent film Bait is an earthy drama about fisherman clashing with tourists, shot gorgeously on grainy 16mm black and white film. A Season in France is a dark and involving French drama about asylum seekers that maintains a hopeful tone even when things get rather hopeless. And Bulbul Can Sing is a strikingly naturalistic drama from India about three young teens trying to be themselves in a constrictive rural setting.

Coming up, I have a very late catch-up with Men in Black: International, which opens tomorrow. It'll be a busy week, as I'm also seeing Toy Story 4, Aubrey Plaza in the reboot Child's Play, the Aussie comedy Swinging Safari with Guy Pearce and Kylie Minogue, Joanna Hogg's acclaimed The Souvenir, dystopian British drama Division 19, the South African musical Kanarie, the refugee drama Amin, Asaf Kapadia's documentary Diego Maradona and the Pride-themed doc Are You Proud?
Posted by Rich Cline at 19:29