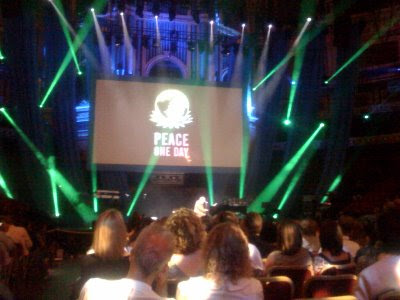 Well, it's pretty easy to know which cinematic event was the biggest of the past week for me. I was invited to the Peace One Day celebration at the Royal Albert Hall last night, including a special screening of the new documentary The Day After Peace, in which filmmaker Jeremy Gilley tracks his 10-year process to try to get the UN to back a global cease fire for one day every year (aka Peace Day, 21 Sep). The film's climax is a trip with Jude Law to Afghanistan to begin the process of brokering peace there - with astonishing results. Before and after the film, the night was hosted by Law and Gilley live on stage, with acoustic sets by Peter Gabriel (low-res picture courtesy my phone), Annie Lennox, Lenny Kravitz and Bryan Adams, as well as John Legend and his 10-piece band. Visit the Peace One Day site for more info.

Back to the regular movies now, and it was a very mixed bag: from the tribal rhythms of Chiwetel's fierce performance in David Mamet's Redbelt to the hysterical French spy spoof OSS 117: Cairo, Nest of Spies; from Ulrich Seidl's harrowing Ukraine-Austria drama Import Export to the utterly ridiculous and surprisingly charming The House Bunny; from the grisly horror of Quarantine, a shot-for-shot remake of Spanish cult gem Rec, to gorgeous Imax 3D animation with a corny story in Fly Me to the Moon. Honestly, it's amazing that I haven't developed some sort of split personality.

And this coming week is more of the same, with a couple of things I'm looking forward to for very different reasons: DeNiro and Pacino squaring off in Righteous Kill, likeable action musclehead Jason Statham in Death Race, Richard Gere and Diane Lane reuniting for Nights in Rodanthe, Ed Harris and Viggo Mortensen riding the Wild West in Appaloosa, and Brendan Fraser joined in Inkheart by an all-star cast including Helen Mirren, Paul Bettany and Jim Broadbent. Plus I have a little trip around Europe with Richard Jenkins in British freak-out thriller The Broken, Italian political intrigue in Il Divo, 1960s German terrorists in The Baader Meinhof Complex, and Manoel de Oliveira's 40-years-later Belle de Jour sequel Belle Toujours. 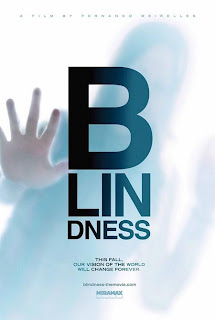 It was another busy week in filmland! As the Toronto and Venice film festivals overlapped, I was here in London sitting in darkened screening rooms. A nice place to be while the weather was as gloomy as that - although it perked up nicely for a sunshiny weekend.

Big films for me this past week included the new Fernando Meirelles movie Blindness, with Julianne Moore and Mark Ruffalo navigating a seriously freak-out apocalypse - and a seriously haunting film. The Women featured Meg Ryan, Annette Bening and a cast of only females in a rather light version of Sex and the City. Choke, based on the Chuck Palahniuk novel, gave Sam Rockwell another outrageously hilarious role to sink his fangs into. And Barry Levinson's What Just Happened is a savvy, entertaining look under the veneer of Hollywood.

Further under the radar were Partition, with Jimi Mistry, Neve Campbell and Kristin Kreuk telling a Romeo & Juliet tale on the India-Pakistan border in 1947. Gonzo is a terrific doc about Hunter S Thompson, as examined by the filmmaker who gave us the masterful Oscar winner Taxi to the Dark Side. Zombie Strippers is an utterly unapologetic exploitation B-movie - and it's pretty funny too. And House of Usher is a shockingly inept made for cable movie written by a friend of mine - the script is genius, but the acting and directing are, erm, diabolical. And I also found time to rewatch one of my all-time favourites, Hitchcock's Rear Window, which features Grace Kelly at her most drop-dead gorgeous.

This coming week's delectable delights include Chewitel Ejiofor in David Mamet's Redbelt, Ulrich Seidl's Austria-Ukraine odyssey Import Export, the American remake of the cult Spanish film Rec, Quarantine, the 3D Imax animation Fly Me to the Moon, an arthouse oddity called OSS-117 Cairo Nest of Spies and the Peace Day doc The Day After Peace. It's not a bad job to watch all these things - the work comes in figuring out what to write or say about them when the time comes....
Posted by Rich Cline at 23:00 No comments:

Critical Week: Well are you? 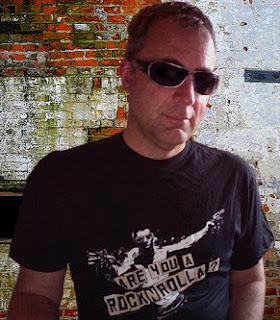 The big event for me last week was the RocknRolla junket, presented in fine style on the Southbank with Guy Ritchie, Joel Silver and the whole cast. I even got the t-shirt to prove I was there. (For the full story, read the feature.) Other press events last week included the launch of the British Film Institute's 75th anniversary celebrations this month, and the launch for the upcoming Raindance Film Festival.

I'm also looking forward to the launch party for this year's London Film Festival on Wednesday. At screenings we've been trying to guess which films are going to be in their lineup - and they always have lots of surprises in store. Plus a decent goodie bag. And maybe even a t-shirt.
Posted by Rich Cline at 23:13 No comments: