Email ThisBlogThis!Share to TwitterShare to FacebookShare to Pinterest
Labels: rich cline, shadows on the wall, shadowsrich

There were two films this year that got deep under my skin, and ultimately it was Charlie Kaufman's extraordinary Anomalisa that demanded the top spot on my best of the year list, with Andrew Haigh's 45 Years in close second. (Note that Anomalisa doesn't come out in the UK until March, so won't feature in British awards until next year.) Here are my top picks in the main categories, and as usual there are full top 10s and a lot more on the site...

I caught up this week with Will Smith's new film Concussion, a true drama that's very well shot and acted, and also relentlessly "Important!" Hopefully it'll finally give traction to the dangers of brain injury in America's favourite sport, which has suppressed medical findings for decades. Long delayed here in the UK, Ramin Bahrani's 2012 film At Any Price will be released in the wake of the filmmaker's 2014 drama 99 Homes. This is a similar story of the American dream gone sour, and it gives Dennis Quaid and Zac Efron (astutely cast as father and son) unusually meaty roles.

Vincent Cassel is terrific as the patriarch in Partisan, an elusive drama about a commune in an isolated country (it was shot in the Georgian Republic) where one of his children begins to doubt the nature of this created reality. It's clever and startlingly involving. And from Denmark, A War cross-cuts between life at home and on the battlefield in Afghanistan. Shot like a documentary, the film feels rather derivative (see Restrepo for the real thing) but carries a strong kick in the moral dilemma of the final act. I also caught up with two previously released awards contenders: 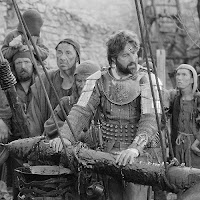 Hard to Be a God
dir Aleksey German; with Leonid Yarmolnik, Aleksandr Chutko 13/Rus ****
With a virtually plotless structure and nearly three-hour running time, this Russian epic will test the patience of even the most ambitious moviegoer. But there's so much going on in every extraordinary frame that it's never boring. Violent, silly and utterly bonkers, the premise is that a group of scientists has travelled to help a distant planet that's stuck in its middle ages, unwilling to move into a renaissance. Shot in vivid black and white, the film follows one of these men, Don Rumata (Yarmolnik), through an odyssey of mud and blood. Details are observed in long takes by the bravura camerawork and jaw-dropping production design. It may ultimately be a meandering and bleak look at the tenacity of human ignorance, but it's utterly dazzling. (Nominated for Foreign-Language Film of the Year by the London Critics' Circle.)

Radiator
dir Tom Browne; with Richard Johnson, Gemma Jones, Daniel Cerqueira 14/UK ****
A beautifully played three-hander, this astutely written, shot and acted film centres on Daniel (Cerqueira) who finds that he needs to travel more often out of London to visit his parents as their eccentricities increase. Leonard (Johnson) has confined himself to the sofa, while Maria (Jones) keeps herself unnecessarily busy. In very different ways, both are extremely demanding, and Daniel struggles to adapt to this new paradigm in which he is their primary caregiver. Each scene is packed with astute observations, played to perfection by the sharp cast with an offhanded sense of humour. And the emotional kicks, when they come along, are potent. (Nominated for Breakthrough British Filmmaker by the London Critics' Circle.)

I still have a few more screeners to watch before I cast my final votes in the London Critics' Circle Film Awards and make my nominations in Galeca's Dorian Awards. And I also need to finalise my own year-end lists, which I'm planning to post on Thursday.

Quentin Tarantino's latest epic The Hateful Eight has finally bowed to critics, and it's an oddly uneven film - an intriguing idea with moments of skilful inventiveness and a solid cast, but the nagging sense that it's all rather pointless and indulgent.

Meanwhile, I still have a bunch of films to watch before the next round of voting in critics awards. Since I have no more press screenings until January 4th, I should have time to catch up with screeners of awards-worthy movies, plus binge-watching TV series I've been saving up. I'll also be finalising my year-end lists over the next week. So it should be a nice Christmas! Hope yours is good too...
Posted by Rich Cline at 22:34 No comments:

Critical Week: All hands on deck

London critics caught up this past week with Ron Howard's watery epic In the Heart of the Sea, starring Chris Hemsworth. It's an impressive film, based on the story that inspired Moby Dick and plotted like a small indie film rather than the blockbuster it looks like, which may not help its box office prospects. Mark Wahlberg and Will Ferrell star in Daddy's Home, a comedy pitting a father against a stepdad. It's funny and rather lightweight. Taron Egerton stars in a biopic about Britain's most notorious Winter Olympian Eddie the Eagle, a crowdpleaser costarring Hugh Jackman. And Matthias Schoenaerts continues his stream of superb performances this year in the creepy Belgian PTSD drama Disorder.

And there was just one press screening of the year's most anticipated movie, Star Wars Episode VII: The Force Awakens, the 30-years-later sequel to 1983's Return of the Jedi reuniting stars Harrison Ford, Mark Hamill and Carrie Fisher, plus a terrific collection of young actors including Daisy Ridley, John Boyega, Adam Driver, Oscar Isaac and Domhnall Gleeson. It's a rousing adventure that harks back constantly to the original trilogy. And it relaunches the franchise in energetic style.

Between screenings, most of my week has been spent organising the nominations announcement for the London Critics' Circle Film Awards on Tuesday 15th December (see the FULL LIST OF NOMINEES). This coming week I'll catch up on nominees I may have missed, plus the Jason Sudeikis comedy Sleeping With Other People and two Zac Efron movies: the comedy Dirty Grandpa with Robert DeNiro and the drama At Any Price with Dennis Quaid.
Posted by Rich Cline at 20:11 No comments:

Critical Week: A time for reflection

Press screenings always go slightly bonkers at this time of year as critics try desperately to catch up with everything before casting votes in year-end awards. I vote in three awards - the Online Film Critics Society released its nominees this week (the nominations deadline was last Saturday), the London Critics' Circle Film Awards (of which I'm the chair again) has its nominations deadline this Friday, and Galeca's Dorian Awards nominations are due next month. Anyway, in this flurry of screenings, I've seen what just might end up as my favourite film of the year, Charlie Kaufman's Anomalisa, an inventively animated and staggeringly personal exploration of self-image and human interaction.

This coming week, the only movie anyone is talking about is Star Wars: The Force Awakens, which I'll get to see on Tuesday the 15th, a couple of days before it opens. Also screening: Ron Howard's seafaring epic In the Heart of the Sea, the British Winter Olympics biopic Eddie the Eagle, Mark Wahlberg and Will Ferrell squaring off in Daddy's Home, and Stephen Dorff in American Hero.
Posted by Rich Cline at 23:14 No comments: 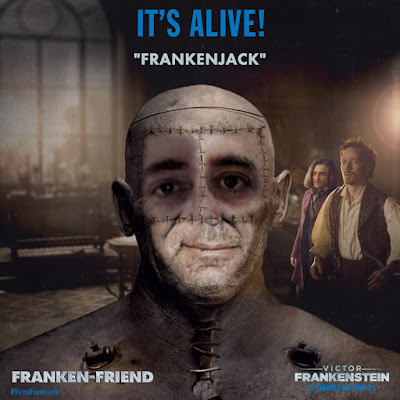 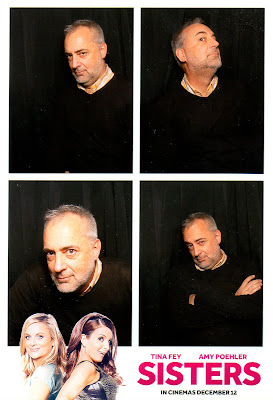 Critical Week: Have a scary Christmas

There was a late press screening of this week's holiday horror comedy Krampus this week, the fourth film this year about the mythical Anti-Claus who terrorises families on Christmas. More family-style holiday pleasures were found in The Peanuts Movie, which nicely captures the tone of the original Snoopy and Charlie Brown cartoons with an updated animation style and a gently hilarious story that grown-ups and young children will enjoy.

I also caught up with The Big Short, Adam McKay's comedy about the financial crisis starring the superb Christian Bale, Steve Carell and Ryan Gosling. Matthew Macfadyen plays a filmmaker in the knowing pastiche Lost in Karastan, which kind of loses its way about halfway through. And the acclaimed Icelandic film Rams is a fiercely clever exploration of an estranged brotherhood in a style best appreciated by arthouse fans.

This coming week we have a screening of Leonardo DiCaprio and Tom Hardy in The Revenant, Jennifer Lawrence and Bradley Cooper in Joy, Tina Fey and Amy Poehler in the comedy Sisters, Jackie Chan and Adrian Brody in the action movie Dragon Blade, and Charlie Kaufman's Anomalisa.
Posted by Rich Cline at 20:25 No comments: