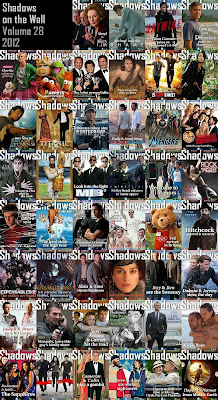 Parental Guidance
dir Andy Fickman; with Billy Crystal, Bette Midler 12/US ***
There's not much to this silly, sentimental comedy, but it goes down easy as a bit of undemanding, unoriginal nonsense. Crystal and Midler don't stretch themselves at all in their roles as grandparents taking care of the three lively children of their uptight daughter (Marisa Tomei). Life lessons are announced early on, so there are no surprises there. And the continual stream of wacky slapstick set pieces is unimaginative and predictable. But there are some nice moments along the way, mainly in Crystal's snappy delivery of usually obvious one-liners. It all turns unnecessarily sentimental in the end, by which time we have nearly been lulled to sleep, so we're vulnerable to the manipulative warm-fuzzy interaction. None of the actors breaks a sweat, there's nothing to stimulate thought and Fickman's direction is functional at best. And yet, in the end it leaves us feeling happy and mildly entertained. And it makes us wonder why Crystal doesn't get better scripts than this.

~~~~~~~ ~~ ~~~ ~~~~
REPORT FROM ON THE ROAD:
I've only seen one other film in cinemas in the past week, and that was a family outing to Les Miserables, my second look at the film. It's still a surging emotional experience, although the flaws are more visible on a repeat viewing, including Tom Hooper's bludgeoning direction and the rather odd stage-bound street sets. Otherwise we've been watching lots of holiday movies on TV, including the best of them all, It's a Wonderful Life, which is always more engaging than we remember it being. And the there were the three Santa Clause movies starring Tim Allen, with their ever-diminishing returns, and Allen also stars in Christmas With the Kranks, an enjoyably corny holiday comedy. Reese Witherspoon and Vince Vaughn just bout maintain their charm through the uneven Four Christmases, but even Jim Carrey can't keep us smiling through Ron Howard's eerily mean-spirited How the Grinch Stole Christmas. Where was Bad Santa when I needed it?
Back to London on Sunday, with a stack of screeners to watch before casting final votes in the Online and London critics awards - including Compliance, Jiro Dreams of Sushi and The Invisible War.
Posted by Rich Cline at 10:16 No comments:

The Guilt Trip
dir Anne Fletcher; with Seth Rogen, Barbra Streisand 12/US ***
With a surprisingly low-key tone, this road comedy is more gentle and sentimental than it looks in the trailer. But it's consistently enjoyable and has a couple of strong moments along the way thanks to an off-handed turn from Streisand that never goes over the top. She plays a Jewish mum who won't stop meddling in the life of her only son (Rogen). He has his own reasons for inviting her along on a business trip driving from New Jersey to San Francisco. Incidents along the way are amusing if never hilarious, and the message about paying attention to the needs of those around you while tempering your own impulses isn't terribly deep. But Streisand gives a beautifully layered performance that mixes broad comedy with internalised drama. So if the filmmakers avoid all of the story's potentially interesting edges, we don't mind too much.

~~~~~~~ ~~ ~~~ ~~~~
REPORT FROM ON THE ROAD:
I'm enjoying being in Southern California for the holidays - it's a bit chilly but the sunshine and ocean views are great. Film-wise this is the first new one I've seen in over a week. I rewatched Magic Mike on the plane (just as enjoyable, same narrative problems) and then took my parents to see Life of Pi, which is just as astounding the second time and likely to unseat Rust and Bone as my best of the year in my lists next week.

We also got to see Peter Jackson's return to Middle Earth in The Hobbit: An Unexpected Journey, projected for us in 3D and 48 frames-per-second, which essentially turned one of the biggest cinema screens in Europe into a gigantic flat-screen TV. But it's our eyes that aren't used to the staggering realism - and the film is an enjoyable beginning to an epic journey (OK, so it wasn't quite this epic in the book).

Finally, two smaller films: the harrowing documentary The Central Park Five, which skilfully traces a vile miscarriage of justice in the American legal system; and Carlos Reygadas' surreal collage Post Tenebras Lux, which explores the human animal with artistry and emotion even if it makes little logical sense.

Later this week I'm heading to Los Angeles for the holidays with family and friends. Films I hope to catch out there include the Seth Rogen/Barbra Streisand road comedy The Guilt Trip, Billy Crystal and Bette Midler in Parental Guidance and the David Chase drama Not Fade Away. I'll comment on those and others (I still have screeners to watch) as I see them. And I'll post my Best of 2012 - aka the 32nd Shadows Awards - in the first few days of January.
Posted by Rich Cline at 10:06 No comments:

London critics have finally been able to catch up with some big awards contenders this past week, including Ang Lee's remarkable Life of Pi, a staggeringly beautiful film with rich, moving themes. Frankly it's difficult to believe that such a complex, delicate film made it through the Hollywood system. Even bigger is Tom Hooper's film of the long-running musical Les Miserables, with a powerhouse cast including Hugh Jackman, Russell Crowe, Anne Hathaway, Eddie Redmayne and Amanda Seyfried. It's a bit too much to fit in a movie, frankly, and rather exhausting. But also unmissable.

More award hopefuls appear in Hitchcock, an enjoyable, lightweight look at Alfred Hitchcock's battles to make Psycho. Anthony Hopkins plays the title role exactly like Hitch's screen persona, but Helen Mirren steals the show as his wife. There's probably no chance of awards attention for The Man With the Iron Fists, a messy 1970s-style kung fu romp cowritten, directed and scored by and starring RZA. Genre geeks might enjoy it, but not many others will. And finally there was the doc Ballroom Dancer, following a world champion's attempt at a comeback while he alienates everyone around him. Compellingly dark but not easy to watch.

This coming week I've got screenings of Peter Jackson's The Hobbit: An Unexpected Journey, Kathryn Bigelow's Zero Dark Thirty, Quentin Tarantino's Django Unchained, Tom Cruise in Jack Reacher and Carlos Reygada's Post Tenebrus Lux, among other things. It'll also be voting time at the end of next week for a couple of critics awards - my own meagre contribution to the awards-season hubbub.