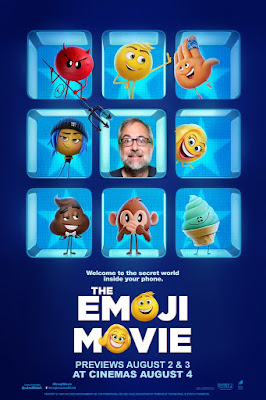 Critical Week: Against the law

The big movie screened this week for London critics was Kathryn Bigelow's Detroit, a powerfully riveting drama that, like last week's Dunkirk, unapologetically immerses the audience in a historical event. Plus noteworthy performances from British actors John Boyega (above) and Will Poulter. Lighter fare included the raucous comedy Girls Trip, which is very funny and has a surprisingly soft centre, and the Jack the Ripper style horror whodunit The Limehouse Golem, which is overfamiliar but very well-played.

Slightly outside the mainstream, we had the conceptual underwater horror of 47 Metres Down, which nerve-wrackingly traps two young women at the bottom of the sea surrounded by sharks; Gerard Butler trying to emote in the rather painfully obvious work-life balance drama A Family Man; Michael Winterbottom struggling to find a balance between documentary and fiction in the band tour movie On the Road (Wolf Alice fans should love it); and a sensitive doc tracing a likeable young musician's gender transition in Real Boy.

Two big movies this week were passion projects written and directed by top filmmakers. Luc Besson's Valerian and the City of a Thousand Planets is an almost outrageously colourful outer space romp starring Dane DeHaan and Cara Delevingne. It's visually fabulous, but never terribly thrilling. By contrast, Christopher Nolan's Dunkirk is so viscerally inventive that it pulls us into a cleverly splintered narrative - on land, sea and air - surrounding Britain's epic 1940 evacuation across the channel. Unlike any war movie you've seen, it's perhaps the year's best film so far. And it's especially powerful on the Imax screen.

Much sillier thrills were to be had at Captain Underpants, the riotously rude animated comedy centred on a friendship between two pranksters who convince their principal that he's a superhero. Frenetic but very funny. The Vault is a heist movie with supernatural horror overtones starring James Franco and Francesca Eastwood (comments are embargoed). Killing Ground is more straightforward grisly horror from Australia about two families who face scary locals in the woods. And the 1961 British classic Victim gets a welcome reissue to mark the 50th anniversary of the decriminalisation of homosexuality. It's also still a great drama, with powerhouse performances from Dirk Bogarde and Sylvia Syms.

Coming up this next week are Kathryn Bigelow's 1960s riots drama Detroit, Bill Nighy's Victorian whodunit The Limehouse Golem, Jada Pinkett Smith and friends on a comical Girls Trip, Gerard Butler as A Family Man, a couple of women trapped 47 Metres Down, and the festival-winning On Body and Soul.
Posted by Rich Cline at 21:18 No comments: 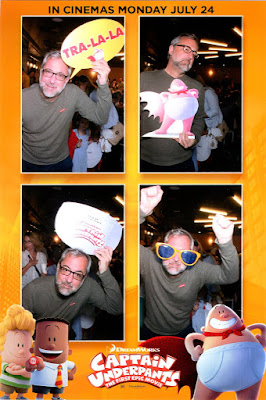 Critical Week: What big hair you have!

A rather vicious bout with food poisoning derailed a few film screenings for me this week, leaving me feeling a bit like the Sun King on his deathbed in The Death of Louis XIV, an achingly slow-moving but mesmerising 18th century drama by Albert Serra. It also has a surprising underlying sense of humour to it, plus a lovely performance from Jean-Pierre Leaud. Terrence Malick's Song to Song is another gorgeous collage of a movie with a plot that was slightly less defiantly elusive than his more recent movies. It also has striking performances from Michael Fassbender, Rooney Mara, Natalie Portman, Cate Blanchet and more. And Maudie is the warm true story of Nova Scotia painter Maud Lewis, sometimes a bit too quirky and quaint for its own good, but Sally Hawkins and Ethan Hawke add nice textures to their offbeat roles. And then there was this one... 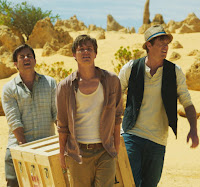 A Few Less Men
dir Mark Lamprell; scr Dean Craig; with Xavier Samuel, Kris Marshall, Kevin Bishop, Ryan Corr 17/Aus *
Screenwriter Dean Craig's 2012 comedy A Few Best Men was painfully unfunny, only livened up by Stephan Elliot's subversive direction. No one expected a sequel. But here it is, and the three returning actors at least dive in with gusto. Even so, Craig's script is even more unbearably inane this time, proving that comedies need gags that have something to do with characters or situations. Here, the jokes are random, usually extended set-pieces involving death and/or bodily functions, all with a vile homophobic undertone. And the plot simply makes no sense. It starts where the first film ended, after the wedding of sensible nice-guy David (Samuel), whose idiotic and unlikely English buddies (Marshall and Bishop) are coping with the death of a friend. The hijinks ensue as they try to get the body back to London so camp mobster Henry (Corr) can bury his brother. But they crash-land their private jet and end up carrying the coffin across the Outback on a single day that would need to have about 72 hours in it (Henry flies from London to meet them in Perth while the sun is still in the sky). The actors just about emerge with their dignity intact, simply by never acknowledging how bone-chillingly awful this movie is. There are welcome antics from scene-stealers like Lynette Curran, Deborah Mailman, Shane Jacobson and Sacha Horler. And the closing credits outtakes at least hint they had some fun making it.

This coming week we have Christopher Nolan's Dunkirk, Luc Besson's Valerian and the City of a Thousand Planets, the animated antics of Captain Underpants, the Morrissey biopic England Is Mine and the cleverly titled heist thriller The Vault.

As another heatwave settles in over London, I had two film-free days this week. First was the baseball event in Hyde Park (see the post below), and the other was the Critics' Circle annual summer party on the gorgeous roof terrace at Picturehouse Central. As for films, I really enjoyed Sofia Coppola's remake of The Beguiled, but then I love her loose filmmaking style and the way she lets her actors bring out unexpected depths of character. At the other end of the cinematic spectrum, the franchise continues with Cars 3, the fifth (don't forget the Planes movies) in the series about a world populated by vehicles but not humans. The set-up is just as odd, but the movie has an earthy simplicity to it.

Much more offbeat, Bong Joon Ho's Okja is a witty, involving action adventure with very dark themes about globalisation and sharp performances from Tilda Swinton (times two), Jake Gyllenhaal and Paul Dano. Also worth a look is It Comes at Night, an inventively complex horror movie starring Joel Edgerton. It's set after some kind of undefined apocalypse but heavily reminiscent of the world today. Hickok is a cheesy Western tracing the story of the iconic historical figure, nicely played by a beefy Luke Hemsworth. And Do You Take This Man is another thoughtful drama starring Anthony Rapp, set around a pre-wedding dinner at which the usual personal issues are brought to the surface.

This coming week, screenings include Terrence Malick's Song to Song, Sally Hawkins and Ethan Hawke in Maudie, the Aussie sequel A Few Less Men, the horror thriller Killing Ground and the fact-based drama Dark Night.
Posted by Rich Cline at 23:12 No comments:

The Battleground: Baseball in Hyde Park

So I got to celebrate the 4th of July with the first ever Major League Baseball event held in London. It happened to be a gorgeously warm and sunny evening at BST Hyde Park, the summer-long festival that includes concerts, open-air movies and perhaps the best array of street food and drink I've ever seen. The MLB Battlegrounds took over the main stage for a homerun shootout between the Boston Red Sox and the L.A. Dodgers. Being a native of Los Angeles, there really was no question who I would be cheering for. 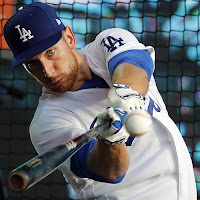 The event is somewhat contrived, as the teams aren't actually represented here: these batters are a collection of players wearing the jerseys, including on each team a retired MLB all-star, a British cricketer, a female softball pro and two past or present baseball players. They smack away pitches trying to hit as many homeruns as possible, with added targets for extra points. At the end of round one, the Dodgers were in the lead, and then it became an individual competition, with the Red Sox's Carlos Peña (above) and the Dodgers' Federico Celli (right) facing off for the title. Celli's final 31-point round was simply mind-boggling, claiming the crown.


Random touches abound for this kind of event (a live DJ! a dance battle! a highlights reel!), and it all features that general rah-rah American sporting atmosphere. But it was nice to see Londoners turn out by the thousands (20,000 to be exact) to scream their support, catch fly balls and fight over t-shirts fired from airguns. Having a media pass that allowed me to watch from right on the stage helped make it even more fun! My Instagram posts are below...


It's Dodgers v Red Sox at the first ever MLB event in London. No surprise who I'm cheering for. #mlbbattlegrounds #bsthydepark
A post shared by Rich Jack Cline (@ukcline) on Jul 4, 2017 at 10:22am PDT

It's a 4th of July Red Sox v Dodgers dance battle. A little random #mlbbattlegrounds #bsthydepark
A post shared by Rich Jack Cline (@ukcline) on Jul 4, 2017 at 10:48am PDT

So the Dodgers won round one, obviously. Here's the view from backstage #nofilter #mlbbattlegrounds
A post shared by Rich Jack Cline (@ukcline) on Jul 4, 2017 at 12:40pm PDT