Critical Week: For your consideration 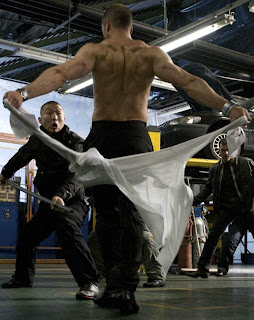 Awards season is clearly in full swing now, as buzz grows for year-end movies that have a chance of grabbing Oscar attention. It's still a bit early, but that doesn't stop the bloggers from sticking their necks out. I'll launch my annual Shadows Sweepstakes next week, trying to keep track of all the brouhaha between now and Oscar night.

In the meantime, I am trying to catch the contenders before my voting deadlines. In the past week I saw Daniel Craig's WWII thriller Defiance (great story but probably only technical awards), Gus Van Sant's emotional/political Milk (could sweep the boards in virtually every category except, ahem, actresses), Sam Mendes' Revolutionary Road (terrific acting from Kate Winslet and Leo DiCaprio), John Patrick Shanley's Doubt (nomination alerts for Meryl Streep, Philip Seymour Hoffman, Amy Adams and most notably Viola Davis).

Meanwhile, I also caught up with some documentaries (Trouble the Water and Tis Autumn), foreign gems (Lemon Tree and Moscow Belgium), so-so comedies (Four Christmases and Sex Drive) and box office clout (Twilight). But the most fun I had in the cinema was at what was easily the worse film I saw: Jason Statham's return as monosyllabic, over-muscled driver Frank Martin in Transporter 3. So incredibly stupid, and also a pure guilty pleasure.

Next up: Australia, Seven Pounds, The Reader and Bolt.
Posted by Rich Cline at 23:44 No comments:

Critical Week: After the break 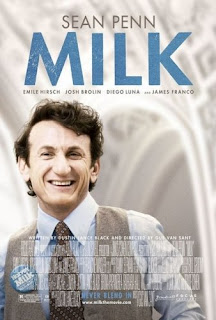 I took a slightly surreal break to recover from the intensity of the London Film Festival: I went to Los Angeles on holiday and only saw one movie while I was there! This is fairly unheard-of behaviour for a British film critic. Usually we indulge in as many movies as possible when we're in the USA, trying to get ahead of the lag in British release/screening schedules. And being in L.A. meant that I could have gone to press screenings out there.

But I didn't, because I was on vacation, which to me means no movies!

That said, I did watch Mamma Mia! for a third time on the flight over there, I caught up with the superb documentary Young@Heart on video at my aunt's house, and I went to the cinema with a friend to see the surprisingly decent Paul Rudd/Seann William Scott comedy Role Models.

Back in London, the holiday's over. In the last two days, I've already seen Madagascar: Escape 2 Africa (another surprise: even better than the first one), To Get to Heaven First You Have to Die (a pretty cool Tajik film that's not nearly as gloomy as the title suggests), and Defiance (the all-star WWII Nazi-resistance drama).

And tonight I have one of the year's most hotly anticipated films, Gus Van Sant's perhaps too-timely Milk, which the trailer promises features a startling performance from Sean Penn, as well as more fine work this year from Josh Brolin and James Franco. Also this week I'll catch up with James Marsden and Seth Green in Sex Drive, Reese Witherspoon and Vince Vaughn in Four Christmases, and the Belgian rom-com Moscow Belgium, among other things.

It's certainly the right weather for moviegoing. And with the awards-season buzz starting to crank up (and for-your-consideration screenings getting underway), eyes are starting to focus on February's Bafta and Oscar love-fests. Although as a member of the awards committee of the London Film Critics' Circle, I have my own awards-event madness to attend to before those events. Bring it on...
Posted by Rich Cline at 10:49 No comments: