It's been another eclectic week of press screenings for London-based critics. We Are Your Friends is an engaging L.A.-set drama starring Zac Efton as a DJ looking for his voice. Straight Outta Compton has already stormed the American box office, and comes to Britain next week - it's the gripping, gritty story of NWA's rise to fame in the 1990s. And even though it stars Bradley Cooper, Emma Stone and Rachel McAdams, and is written and directed by Cameron Crowe, Aloha was so wobbly in America that it's going straight to video in the UK. It doesn't really work, but it isn't that awful either.


We also had two films costarring the wonderful Kathryn Hahn: M Night Shyamalan's new film The Visit (comments are embargoed until closer to the release), and Jack Black and James Marsden in the surprisingly bold and thoughtful comedy The D Train. And there was also: Owen Wilson and Lake Bell in the seriously suspenseful chase thriller No Escape; Elisabeth Moss and Katherine Waterston in the amazing, arty friendship drama Queen of Earth; and the amusing B-movie vampire-mayhem workplace comedy Bloodsucking Bastards.

This coming week we've got Maggie Smith in The Lady in the Van, Kevin Bacon in Cop Car, Nicholas Hoult in Kill Your Friends, Cary Elwes in A Haunting in Cawdor, the Sundance winner Me and Earl and the Dying Girl, the South African comedy-drama Leading Lady, and the activism doc How to Change the World. And it's a long weekend, so I should be able to catch up on some screeners at home. 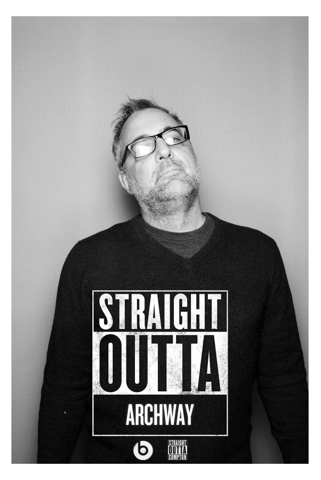 Tom Hardy himself popped up at the press screening for his stylish and entertaining movie Legend, in which he delivers two astonishing performances as the Kray twins, who ran London's gangland in the 1960s. Ed Helms stars in Vacation, a next-generation sequel to the Chevy Chase comedies that's just as rude but more silly than edgy. Robert Redford and Nick Nolte star in the enjoyably earthy comedy A Walk in the Woods, based on the Bill Bryson book. Marcia Gay Harden heads to Costa Rica in the warm comedy-drama After Words, and has a life-altering encounter with a cheeky local. And Josh Hutcherson heads to Colombia in the realistic, gritty thriller Escobar: Paradise Lost, where he becomes entangled with the 1990s drug kingpin, played with disarming charm by Benicio Del Toro.

A little further afield, we had the sequel Sinister 2, which has an extreme embargo on it: until the day it opens. We also saw the beautifully made gentle Los Angeles drama Brahmin Bulls, with Sendhil Ramamurthy and Roshan Seth as father and son; actor-turned-filmmaker Craig Roberts' perhaps too audacious,but skilfully made British coming-of-age movie Just Jim; actor Steve Oram's even more experimental, and rather genius, sociological pastiche Aaaaaaaah!; the rather bleak but moving Australian homophobia drama Drown; and Dishonoured Bodies, a collection of nine somewhat preachy but very cleverly assembled experimental shorts by Spanish filmmaker Juanma Carillo.

This coming week we have the NWA biopic Straight Outta Compton, Zac Efron in We Are Your Friends, Kevin Costner in McFarland, Rupert Friend in Hitman: Agent 47 and M Night Shyamalan's The Visit.
Posted by Rich Cline at 18:07 No comments:

Marion Cotillard and Michael Fassbender bring their A-game to Macbeth, the visceral new film screened this week to London critics. It's emotional and strikingly visual, but much of Shakespeare's language is muffled in the process. Henry Cavill and Armie Hammer are suave, bickering partners in The Man from U.N.C.L.E., a groovy, stylish action romp without a whiff of meaning. The new version of Fantastic Four is a lot more enjoyable than the recent social media storm would suggest, although its final act is deeply flawed. And the surviving members of Monty Python reteamed for the wacky and rather astonishingly terrible sci-fi comedy Absolutely Anything, starring Simon Pegg and the voice of the late Robin Williams.

Even the smaller films were pretty high-profile this week. The Program is Stephen Frears' take on the Lance Armstrong scandal, and Ben Foster's central performance is the best thing about it. War Book is a riveting boardroom-roleplay drama pondering the fallout from nuclear war. Molly Moon and the Incredible Book of Hypnotism is a frantic and rather annoying British kids' romp with an all-star cast including Emily Watson, Lesley Manville and Dominic Monaghan. And The Curse of Downers Grove Air, cowritten by Bret Easton Ellis, is a bleak teen drama that never quite makes its point.

Coming up this week, we have Tom Hardy as both Kray brothers in Legend, Ed Helms in the Vacation sequel/reboot, Josh Hutcherson in Escobar: Paradise Lost, Marcia Gay Harden in After Words, more horror in Sinister 2, dark drama in Drown, family comedy-drama in Brahmin Bulls and a gonzo freak-out in the beautifully titled Aaaaaaaah!
Posted by Rich Cline at 18:05 No comments:

It was a bit of a mixed bag of screenings this past week, with a variety of expectations leading to so-so movies. Paper Towns has a terrific lead in Nat Wolff, with plenty of presence from Cara Delevingne, but the story never quite develops into anything truly meaningful. Amy Schumer brings her distinct brand of comedy to the big-screen in Trainwreck, with a superior leading-man performance from Bill Hader, but the script hedges too many bets, ultimately winding up as a standard rom-com. And Pixels proves that Adam Sandler needs to take a long break and work out if he wants to make movies anymore. According to this evidence, he gave up long ago.

More intriguing, The Lobster is the latest bit of amazing weirdness from Greek filmmaker Yorgos Lanthimos (Dogtooth), a pointed relationship satire with Colin Farrell, Rachel Weisz and Ben Whishaw. Max is a predictably slushy boy-and-his-dog movie sideswiped by an unnecessary arms-trade thriller subplot. Captain Webb is an enjoyably quirky low-budget British drama about the first man to swim the Channel, in 1875, but the narrative is pointlessly fragmented. From Ukraine, Stand is a harrowing Moscow-set drama about the result of government-sponsored bigotry against gay men. And the documentary Unity blends 100 starry narrators into a swirling collage about the meaning of humanity, concluding that we should all be vegetarians.

This coming week we have Michael Fassbender as Macbeth, Ben Foster as Lance Armstrong in The Program, and very, very late press screenings for the superhero remake Fantastic Four, the 60s-TV inspired action romp The Man from U.N.C.L.E., and the Monty Python gang's alien-invasion comedy Absolutely Anything.