After much agonising, I've finally assembled my annual best of the year lists. As much as I resisted, I was unable to deny that Boyhood was my film of the year. I hate going along with the mob, but this really is one of the most extraordinary movies ever made - it's far more than a 12-year filmmaking experiment. These are just the highlights: there's rather a lot more on the WEBSITE.

I only saw three films this week: James Franco and Seth Rogen in media-storm comedy The Interview, which was about half of a very funny movie; Jake Gyllenhaal in the clever but fiercely artful doppelganger mystery Enemy; and the stunningly well-observed Swedish Oscar-contending family drama Force Majeure.

Critics' screenings don't begin until Monday - with Liam Neeson in Taken 3 - but I have a few more discs I want to catch up with between now and then, as year-end voting continues.
Posted by Rich Cline at 14:38 No comments:

London's film critics entered awards season this week with the announcement of our nominations for the 35th London Critics' Circle Film Awards, which will be handed out at a ceremony at The May Fair Hotel on Sunday 18th January 2015. This is my third year as chair of the awards committee, so there I was last Tuesday helping announce our nominations at the May Fair. In the photo above, that's Anna Smith (chair of the Critics' Circle Film Section), Jeremy Irvine and Phoebe Fox (stars of the forthcoming The Woman in Black: Angel of Death), and me (chair of the Film Awards and vice chair of the Film Section). Jeremy and Phoebe offered a bit of star power and beautifully announced our nominations to a gathering of journalists. Check out the FULL LIST OF NOMINEES.

I only saw two films this past week: Man Up is a smart, lively British rom-com starring Lake Bell and Simon Pegg and a superior supporting cast including Olivia Williams, Rory Kinnear, Ophelia Lovibond and Ken Stott. It opens in April. The only CC-nominated film I hadn't seen, Night Will Fall is a documentary about lost footage of the liberation of Nazi concentration camps after WWII, which no less than Alfred Hitchcock was editing into a documentary when the film was shut down by the UK government, afraid of shaming the German public. The never-seen footage is seriously unnerving - and essential.

This coming week I have several films that I need to catch up with, including Sweden's Force Majeure, which made the shortlist for an Oscar nomination this week (I've seen four others from the nine remaining contenders). I'll also finally be catching up with Jake Gyllenhaal in Enemy, plus Stephen Daldry's Trash and Gregg Araki's White Bird in a Blizzard. Plus lots of television that's been backing up lately. And of course plenty of socialising.

I'll be back next week with my best and worst of the year. In the mean time, Happy Christmas!

Critical Week: The silence of the lambs

Well, it's that time of year: school holidays are coming, so adult critics are made to sit through screenings packed with sugar-infused children. Best of the lot this past week was the Shaun the Sheep Movie, an utterly charming silent stop-motion adventure based on the Wallace & Gromit spin-off TV series. We also had the sequel Night at the Museum: Secret of the Tomb and the musical remake Annie, both of which have their moments but never quite become anything special.

We also caught up with awards contenders including the sensitive drama Still Alice, featuring a staggering performance from Julianne Moore (she's almost certain to win the Oscar) as a woman with early onset Alzheimer's. And two documentaries managed to scoop nominations in the London Critics' Circle Film Awards, the event I chair which announced its nominees today: Citizenfour is the important and gripping story of Edward Snowden, while Manakamana observes life in Nepal with an unblinking eye and a witty smirk. And Wild Tales is Argentina's entry for the foreign-language Oscar, a nerve-rattling black-comedy anthology with six stories of people who stop playing nice.

And then there was Ridley Scott's ambitious Exodus: Gods and Kings, which retells the Ten Commandments story with less emotional resonance but much more impressive visuals. Dumb and Dumber To reunites Jim Carrey and Jeff Daniels 20 years later for even more idiotic mayhem, if that's possible (surprisingly, it is). And Wasp is a very clever low-budget British drama about three people on rather overcrowded romantic holiday in the South of France.

Screenings will slow down now for the holidays, but I have several discs to watch - I definitely want to catch up with the only film nominated for a Critics' Circle award that I haven't yet seen: Hitchcock's lost WWII documentary Night Will Fall. And I also have a screening of the Simon Pegg rom-com Man Up. But my main job is to prepare those year-end best and worst lists ... watch this space! 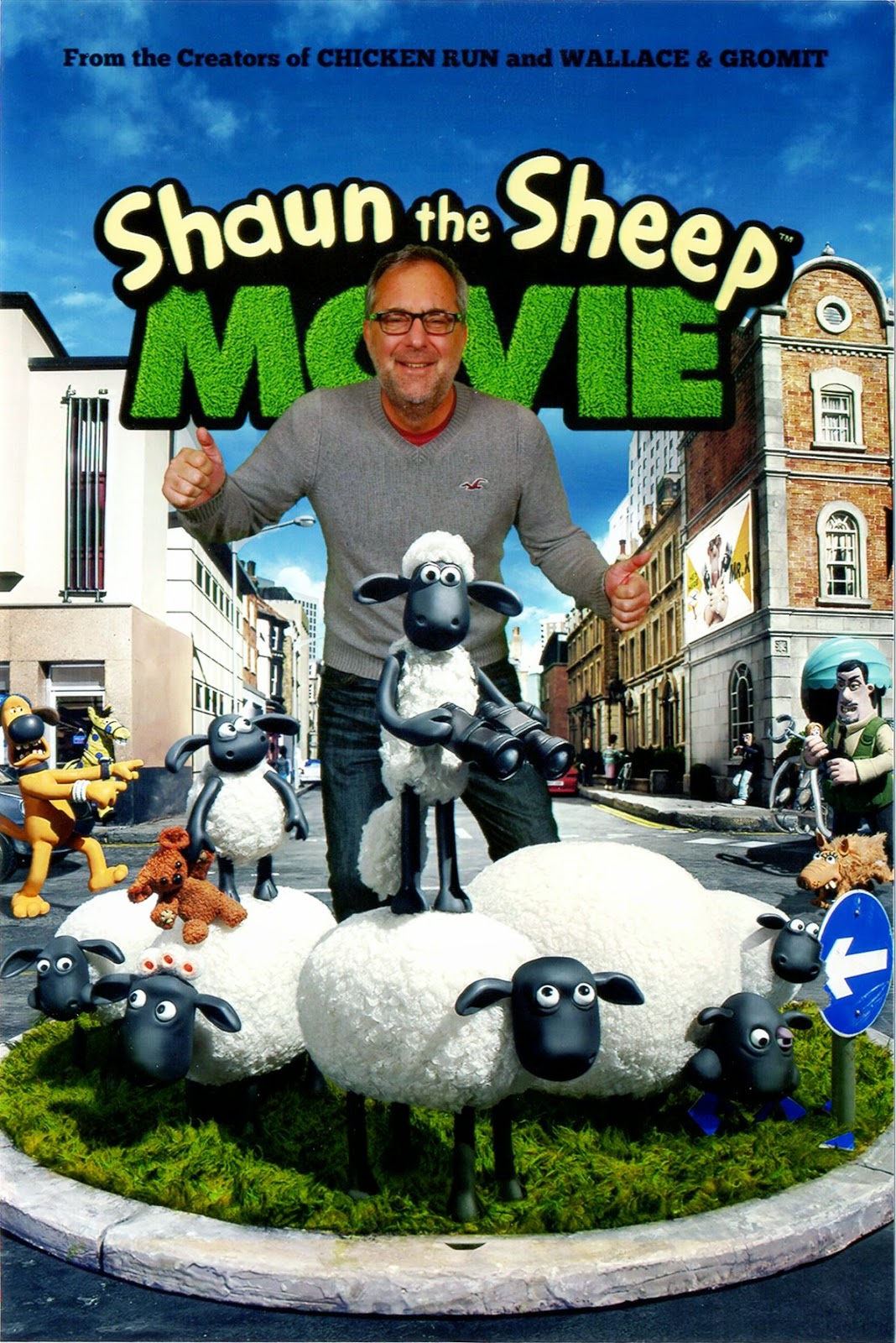 Email ThisBlogThis!Share to TwitterShare to FacebookShare to Pinterest
Labels: shaun the sheep 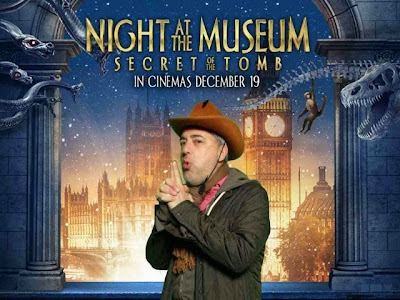 Awards season officially kicked off this week with a flurry of accolades including the New York Film Critics and the British Independent Film Awards. I've been voting already, and have more to do in the coming weeks. In my last few days in California, I caught up with a few more contenders, including Angelina Jolie's biopic Unbroken, starring Jack O'Connell as Olympic runner Louie Zamperini, who later survived 47 days adrift at sea before being captured by the Japanese during WWII. It's a staggering story of resilience, made with unexpected subtlety. Tim Burton's Big Eyes is another gorgeously made biopic. It stars Amy Adams as Margaret Keane, who painted all of those sad-eyed children in the 60s and 70s while her husband (Christoph Waltz) took the credit. It may look sunnier than most of Burton's films, but it's just as gleefully deranged, and it carries a big emotional kick.

But of course the biggest film screened to the press this past week was Peter Jackson's The Hobbit: The Battle of the Five Armies, another enormous epic of a film, packed with lively characters, first-rate effects and huge, expertly staged action sequences. Frankly, until some engaging personal drama emerges in the second half, it's a bit exhausting. Somewhat smaller films included The Face of Love, a gimmicky, melodramatic romance starring Annette Bening and Ed Harris. And The Great Museum is a riveting fly-on-the-wall doc about the backstage workings of Vienna's national gallery.

Coming this week: Julianne Moore in Still Alice, Ben Stiller in Night at the Museum: Secret of the Tomb, Quevenzhane Wallis in a remake of the musical Annie, Christian Bale in Exodus: Gods and Kings, Aardman Animation's Shaun the Sheep Movie, the acclaimed Spanish anthology Wild Tales and the British drama Wasp. I'll also finally catch up with the sequel Dumb and Dumber To, although frankly I'd rather not.
Posted by Rich Cline at 17:16 No comments:

In rainy Los Angeles, I've been able to catch up with several awards-season contenders at Oscar-consideration screenings around the city. The highlight was a raucously enjoyable screening of Into the Woods at the Writers Guild, including a spontaneous mid-film applause break after the show-stopping princely duet Agony. With an up-for-it all-star cast (Anna Kendrick is the film's soul, Chris Pine is the scene-stealer, Meryl Streep [above] gets the big numbers), the film is pure joy - then turns satisfyingly serious for the post-happy ending final act. Side note: the stage musical was my first-ever Broadway show, on a visit to New York back in the late-80s.

The other highlight was a screening of Selma at the Directors Guild, followed by a memorable Q&A with director Ava DuVernay and lead actor David Oyelowo, both of whom deserve serious awards recognition for a remarkably grounded, resonant, relevant drama about three momentous months in the life of Martin Luther King. There were at least four standing ovations! Also this week: Bradley Cooper is excellent as a real-life military marksman in Clint Eastwood's grippingly stark American Sniper, and Mark Wahlberg is solid as an irritatingly unlikable guy in Rupert Wyatt's remake of The Gambler.

This coming week, before I return to London this weekend, I am planning to catch Angelina Jolie's inspirational true drama Unbroken, Tim Burton's painting-scandal biopic Big Eyes, and Peter Jackson's final Tolkien film The Hobbit: The Battle of the Five Armies. Then back in London I'll have one week to see the rest of this year's contenders before voting deadlines in the four awards I participate in: London Critics' Circle, Online Film Critics Society, Fipresci and Galeca's Dorian Awards.