That slightly too high-octane cast reunites once again for Little Fockers, the second Meet the Parents sequel with a whiff of desperation about it. The cast makes it watchable, but the story is episodic and rather joyless. That sentence also describes the other late-screened Christmas blockbuster, Jack Black's takeover of Gulliver's Travels. And it's not far off the strange concoction that united Angelina Jolie and Johnny Depp on screen in The Tourist, also screened a little too late to review in print.
Smaller British titles included the rather oddly truncated Age of Heroes, reuniting Danny Dyer and Sean Bean for what is intended to be a trilogy about the creation of the SAS, and Wake Wood, an enjoyably offbeat creepy-village horror movie.
Critics also got to indulge in the joys (and some disappointments) of year-end awards contenders like the Coen brothers' True Grit, Nicole Kidman in Rabbit Hole, Paul Giamatti in Barney's Version, Reese Witherspoon in How Do You Know, Robert DeNiro in Stone, Kevin Spacey in Casino Jack and the unforgettable killing fields doc Enemies of the People. There are still a few of these to come.
So my votes are already in for the London Critics' Circle Film Awards - the nominations will be announced tomorrow. And my voting deadline is this coming weekend for the Online Film Critics Society nominations. I also plan to have my top 10s (aka The Shadows Awards) ready to unfurl next week, so I can sit back and look forward to the awards mania leading up to Oscar night. For which the stars of Little Fockers probably needn't worry about preparing a thank you speech.
Posted by Rich Cline at 14:16 No comments: 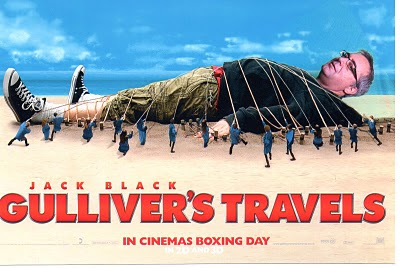 It's been awhile since the last entry in this blog, mainly due to the fact that I was in Los Angeles for two weeks visiting friends and family. I also managed to see five films while I was out there, including the almost criminally enjoyable Burlesque, Cher's first film in seven years, which she steals effortlessly from first-time actor Christina Aquilera. It's bad, but it knows it. The other guilty pleasure was Unstoppable, Tony Scott's true-life runaway train action movie, which is lent gravitas by Denzel Washington but never tries to be anything more than a roaring thriller. I also saw Morning Glory (good undemanding fun), Fair Game (slightly too-demanding drama) and Tangled (enjoyably unambitious).
Before leaving London, there were screenings of: the Jake Gyllenhaal / Anne Hathaway romance Love & Other Drugs, which I really enjoyed (and which was followed by a lively interview with Jake, Anne and director Ed Zwick); Harry Potter and the Deathly Hallows Part 1, which was more emotional than expected; An Ordinary Execution, a darkly involving French drama about the last days of Stalin; and Men on the Bridge, an intriguing drama about people working on the Bosphorus.
Since returning home, we've had: The Voyage of the Dawn Treader, the enjoyable but childish third Narnia adventure; Tron: Legacy, the disappointing 28-years-later sequel;Cell 211, the rightly acclaimed gritty Spanish prison drama; and Norwegian Wood, a moody, gorgeously filmed drama from Japan.
And coming up this week are The Tourist (Angelina Jolie and Johnny Depp), Rabbit Hole (Nicole Kidman and Aaron Eckhart), Barney's Version (Paul Giamatti and Dustin Hoffman), Gulliver's Travels (Jack Black), and two films I know nothing about: The Wake Wood and Age of Heroes. Not to mention a growing stack of awards-contender DVDs I have to watch. I think I need another holiday.
Posted by Rich Cline at 13:23 No comments: 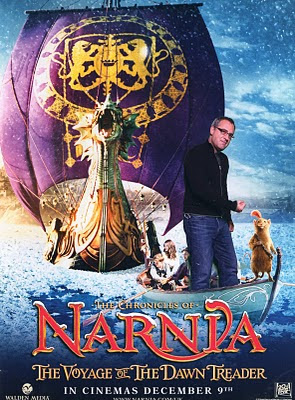