Critical Week: Out of the shadows 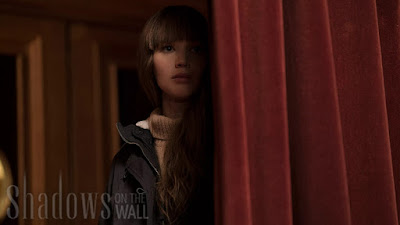 Amid an unprecedented onslaught of snow and freezing temperatures, London critics caught up with a few big titles this week. Jennifer Lawrence is the main reason to see Red Sparrow, an overlong, rather muddily plotted Russian spy thriller. And Jason Bateman and Rachel McAdams make the most of a surprisingly smart, funny script in the action-comedy Game Night. Then there were two new sci-fi films by hotshot British filmmakers, released directly to Netflix in the UK: Annihilation is Alex Garland's followup to Ex Machina, and it's a swirling, gripping, smartly obtuse odyssey starring Natalie Portman. Duncan Jones' Mute stars Alexander Skarsgard against type as a shy Amish barman in a Blade Runner-esque Berlin, but the plot gets lost amid its murky gyrations.

Further afield, The Lullaby is a gleefully grisly South African horror film that plays with some deeper, darker themes but never quite digs in to them. From Russian filmmaker Sergei Loznitsa, A Gentle Creature is a gorgeously shot and cleverly acted Kafkaesque parable about a nation that has lost its own soul. And I tracked down the final two Oscar nominated features I hadn't seen: The Breadwinner is a powerfully moving, flat-out gorgeous Irish-Canadian animated drama set in Taliban-era Kabul, while there was also this best actor nominee... 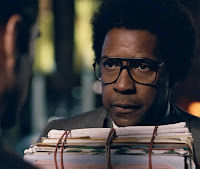 Roman J. Israel, Esq.
dir-scr Dan Gilroy; with Denzel Washington, Colin Farrell 17/US ***
Denzel Washington gives one of his most enjoyably textured performances yet in this offbeat legal drama, which tells an intriguing story while grappling with some very big issues. Washington is the title character, a veteran lawyer whose life changes drastically when his more-public partner dies. He ends up going to work for slick hotshot George (Colin Farrell) while trying to help some vulnerable clients and taking some dodgy actions that benefit him personally but also put him in danger. The film is gripping as it follows Roman as he begins to emerge from his shell, breaking rules, ruffling feathers, flirting with an unfeasibly gorgeous charity lawyer (Carmen Ejogo) and, when he discovers that George has both a mind and a conscience, begins mentoring him without him even realising it. As it gets increasingly knotted, writer-director Dan Gilroy (Nightcrawler) loses control of the overlong narrative, with some over-detailed tangents and undercooked themes. And the side characters never seem to have a life of their own. But the smart script allows Washington to continually add wit and subtext to each scene. And he makes the film worth watching.

It's Oscar night on Sunday, which here in London means staying up all night to watch the ceremony live from Los Angeles. Naps will be required. And this coming week, I'll catch up with Rooney Mara in Mary Magdalene, Domhnall Gleeson in Peter Rabbit and the documentary Mansfield 66/67, among other things.