Stage: From China with love 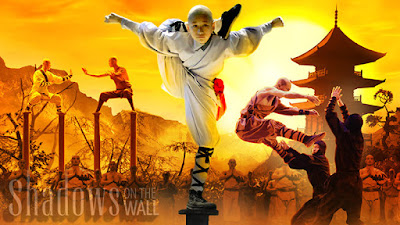 In London for the first time, this show was originally created for the 2008 Olympics, then had a Tony-nominated run on Broadway before travelling around the world. It recounts a story through Shaolin kung fu that has been handed down through the generations in a Chan buddhist temple near Dengfeng.

Staged with a large cast of about 20 performers, this show is an elaborately choreographed action epic with an emotional kick at the end. The fights may feel more like dance than martial arts, but there are jaw-dropping stunts scattered through the entire show, including some spectacular ones involving smacking sticks, pointy spears and a balloon behind a pane of glass.

The story centres on a baby hidden by his mother as her town is looted. He's rescued by a Shaolin monk and taught kung fu as he grows up wondering about his mother, who left half of a jade amulet with him. Of course she kept the other half, and their reunion many years later brings some surprises. The narrative is recounted in blocks of text on the huge video backdrop (hint: there's time to skim, not to read). Each of the colourfully staged set pieces feeds into this narrative, which helps bring three characters to life: the lead Hui Guang, his mum and the monk who raised him.


It's thoroughly eye-catching, and the performers even get to show some personality as they go through their paces. There's some Bruce Leeing, Jackie Channing and Karate Kidding along the way, inducing gasps from the audience. These performers are amazingly bendy, bouncing off and landing on their heads, backs, knees, shoulders. A group of youngsters is particularly enjoyable to watch as they soar and tumble with seemingly no weight at all. All of them are nimble and very gifted athletes, and the story they tell may feel a little over-serious and hammy, but it's remarkably moving. 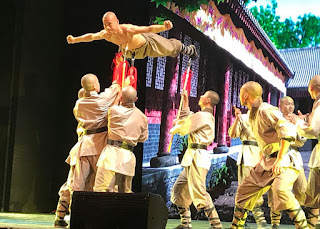 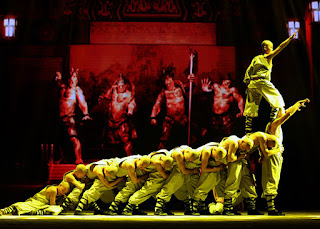