Stage: You should be dancing 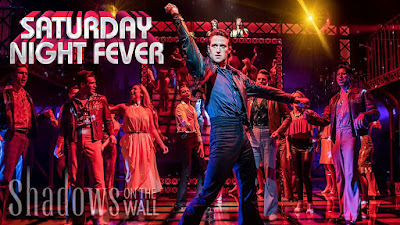 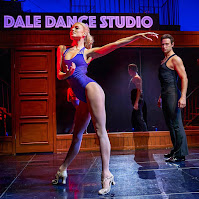 A riot of lights, colour, great music and stretchy fabrics, this massively engaging stage show takes the audience back to the 1970s disco heyday with a lot of style. Even the story's darker turns can't stop the large ensemble cast's boundless energy as they strut their stuff on the Peacock's almost comically glammed-up stage.

Set in 1977 Brooklyn, the show centres on Tony Manero (Windsor), a gifted dancer from a working class background who lives for the chance to get up and boogie each weekend at a local nightclub, where all the girls know his name and his group of childhood buddies is never far away. Then he hears about an upcoming dance competition, and he dumps his current partner Annette (Colangelo) for mysterious pro-dancer Stephanie (Fines). But his focus on Stephanie strains his relationships with his family and friends.

The plot takes some darker turns along the way, both in slightly under-developed side-stories and a major gang clash that adds a violent dance-style streetfight. All of this is staged with hugely expressive choreography, sending characters in constant motion around the multi-levelled stage. And while the darker drama and a steady stream of sharp comedy add plenty of texture, it's the dancefloor sequences that bring the show to pulsating life. Frankly, the performers' stamina is astonishing. 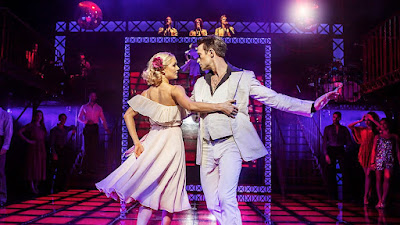 Costumes are a wondrous sea of doubleknit trousers, polyester shirts and nylon chiffon skirts (no doubt rendered in kinder fabrics to protect the dancers from melting down). And the lighting is fabulously lurid, with lots of glitter balls and underfloor illumination reflected in a huge on-stage mirror. And with some 20 dancers on-stage, the group choreography is downright jaw-dropping: fast and complicated, mixing all of the favourite disco moves with moments of ballet and ballroom.

The audience can't help but applaud the Bee Gees (Luke Byrom, James Hudson and Oliver Thomson) when they first emerge to oversee everything from above. There are also songs from the group's earlier and later work woven into the show alongside the iconic Saturday Night Fever setlist. And key cast members get to belt out a number themselves (Fines steals the show with What Kind of Fool). So while the plot itself sometimes feels a little harsh, the point is that there's always the weekend coming to let off steam. When the dancers return to their formations, striking poses in rapid-paced gyrations, we can't help but wish we were up there sweating with them. 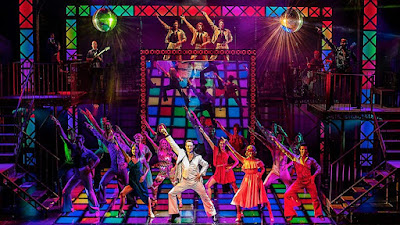