The gang from Youth lined up on the red carpet last night at the London Film Festival: Paul Dano, Harvey Keitel, Paloma Faith, Rachel Weisz, Michael Caine and director Paolo Sorrentino. I had a slightly slower day today - just two films and a night off at the theatre! Here are a few more highlights...

Dheepan
dir Jacques Audiard; with Jesuthasan Antonythasan, Kalieaswari Srinivasan 15/Fr ***
With a powerfully topical subject, this drama both grapples with big issues and gives in to some oddly slanted politics that seem to convey a rather lopsided message. It's strikingly well made, with a solid cast and a sometimes startling realism. But filmmaker Jacques Audiard seems to get caught up in both the violence and the unrealistic dreams of refugees.

Taxi Tehran
dir Jafar Panahi; with Jafar Panahi, Hana, Omid 15/Irn *****
Banned Iranian filmmaker Jafar Panahi continues to make sharply clever films that manage to just fit within the rules of his sentence (this is his third). Once again cleverly exploring the nature of filmmaking itself, this film also offers a strikingly earthy, funny exploration of Iranian culture. And human nature.

Gold Coast
dir Daniel Dencik; with Jakob Oftebro, Danica Curcic 15/Den **.
Beautiful landscapes and an artful, almost experimental approach make the most of this rather pointed drama about colonial Europeans in Africa. Packed with big ideas about how humans bend the laws of nature at their peril, the film is ambitious but also self-important and morally simplistic. And the way the story is told eliminates any opportunity for either narrative kick or emotional resonance.

Chemsex
dir William Fairman, Max Gogarty; with David Stuart, Matt Spike 15/UK ****
An unblinking exploration of one of London's more disturbing drug scenes, this documentary plays on both fascination and distaste for sexual activities that go against the flow. It sometimes feels sensationalised, veering perilously close to Reefer Madness territory, but the issue is real. And what it has to say about both addiction and sexuality is hugely important. 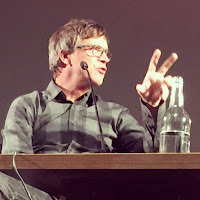 The filmmaker sat down with festival director Clare Stewart to talk about his work in front of an audience of 450 gripped cineastes. The conversation was extremely literate, as Haynes went into his thought processes, methods and experiences while making Superstar, Poison, Safe, Velvet Goldmine, Far From Heaven, I'm Not There, Mildred Pearce and Carol. He discussed running themes (illness, isolation, societal demands) and recurring actresses - he clearly adores both Julianne Moore and Cate Blanchett and offered intriguing insights into the different ways they work.