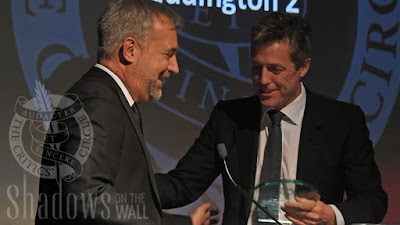 As chair of the London Critics' Circle Film Awards, I get to be right on the frontline putting this event together. It's a lot of work, over about six months with especially intense days when voting starts in early December until the big night. Our 38th awards were handed out on Sunday 28th January at The May Fair Hotel, presented by Dover Street Entertainment. And since I have to get up at the start to thank our sponsors, I usually hand out the first award. This year's first honour went to Hugh Grant (above), named Supporting Actor of the Year for Paddington 2. He joked, "Well that's ludicrous. Trump, Brexit, and now me winning this. It's the end of days!" 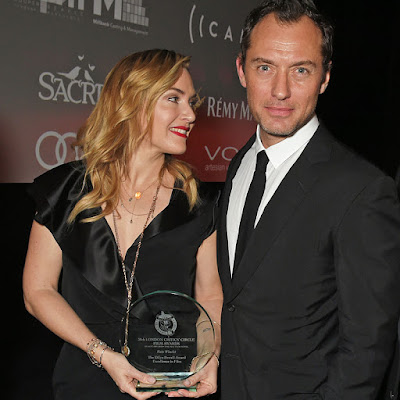 The ceremony ended on a highlight, as Kate Winslet was presented the Dilys Powell Award for Excellence in Film by her friend Jude Law. She gave an electric speech referencing the Time's Up movement from her own personal perspective. Kate started with, "It almost feels uncomfortable to receive an award at such a time." And she went on to reference the #MeToo issue: "I realised that I wouldn't be able to stand here this evening and keep to myself some bitter regrets that I have about poor decisions to work with individuals with whom I wish I had not." 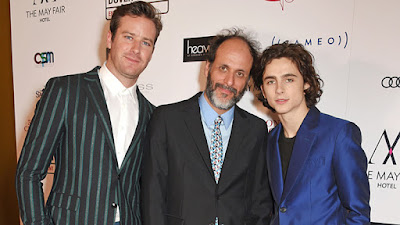 These three men from Call Me By Your Name were in the house - Armie Hammer came along with his friends, nominees Luca Guadagnino (up for film and director) and Timothee Chalamet, who won Actor of the Year. Timothee thanked Luca ("Who basically gave me my career at this point") and his "tongue-wrestling partner" Armie. 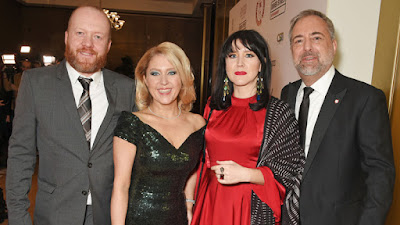 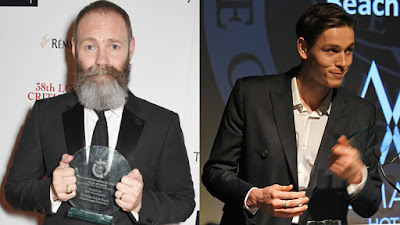 Winners for Breakthrough Filmmaker and Young Performer: Francis Lee for God's Own Country and Harris Dickinson for Beach Rats. 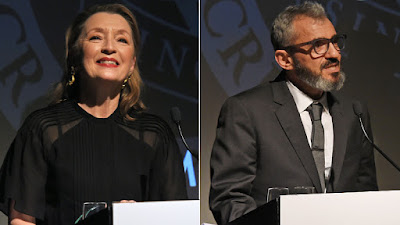 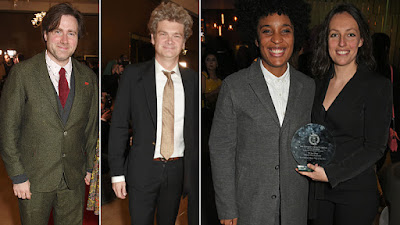 Writer-director Paul King and writer Simon Farnaby, both nominees for their work on Paddington 2, were in the house. Writer-director Dionne Edwards and producer Georgia Goggin won British/Irish Short Film of the Year for We Love Moses. 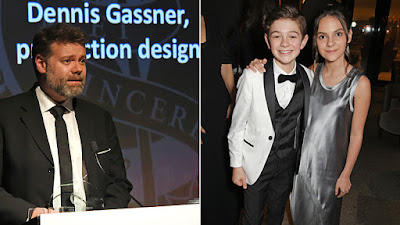 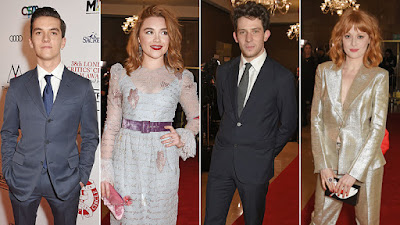 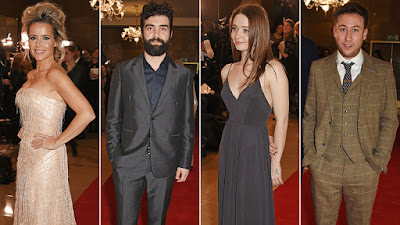 Emma Willis was a nominee for her amazing hair and makeup in The Love Witch. Other guests included Alec Secareanu (God's Own Country), Jessica Barden and Jack Johns. 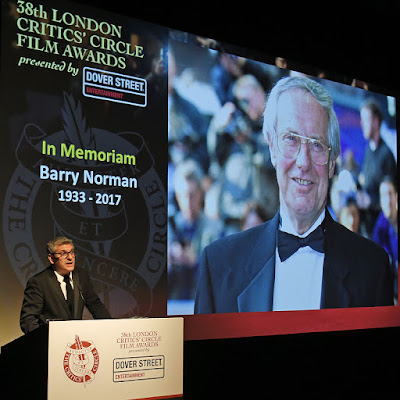 And finally, our former chair Jason Solomons presented a lovely In Memoriam segment for Barry Norman, one of Britain's best-loved film critics.

The awards were presented this year by Dover Street Entertainment. Our main sponsor was The May Fair Hotel. Award sponsors were Heaven Skincare, Cameo Productions and Millbank and CooperSearle Management. In-kind sponsors were Sacred Gin, Remy Martin, Voss Water and Audi.