Stage: Head on a platter 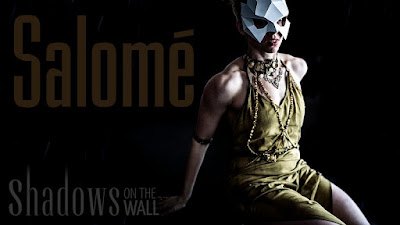 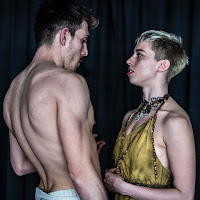 Originally published in 1891, Oscar Wilde's play Salomé is based on the biblical account of King Herod, his step-daughter Salomé and their fateful encounter with the Jewish prophet Jokanaan, aka John the Baptist. Edifice Dance Theatre strips this back to its essentials as a collision between divinity, wealth and power. It's a strikingly powerful piece of work, beautifully staged and performed with a riveting sense of passion, energy and urgency.

Performed in the round on a stage strewn with mannequin parts around a central table, Jokanaan (De Amicis) deftly dances without hitting any of the pieces, expressing pure power and grace. He's followed by the increasingly annoyed Herod (Dolce), who is accompanied by his own three-piece orchestra (Woodhouse, Sluman, Marsh) as he dances stumbling through the set, arresting Johanaan like a jealous fanboy. Enter the spoiled princess Salomé (Waghorn), fending off the handsy admiration of her step-father. She's far more interested in the prisoner. But when he rebuffs her kiss, she turns back to Herod, agreeing to perform a dance for him if he grants her one grisly wish.

The production is deceptively simple, with a pulsing combination of light and music that focusses all of the attention on these three gifted dancers. Dolce has a smirking presence as the man who thinks he has all of the power, doing his little jazz moves and ordering people around. By contrast, De Amicis uses long lines and achingly languid shapes to convey Jakonaan's effortless connection with the divine. Between them, Waghorn brings astonishing strength, a forceful woman who knows what she wants and has every intention of getting it one way or another. The physicality between them is staggering, especially in the final sequence.

Yes, the way this story is told offers strong echoes of the Time's Up movement, plus an underlying comment on how the people who hold positions of power are often in it for what they can get rather than what they can offer. Watching the balance shift between these three people is riveting, especially at such close quarters with the performers interacting with the audience (Waghorn handed me her mask, and I felt a spray of sweat at one point). This is a fiercely inventive retelling of an iconic story that deserves to run and run.