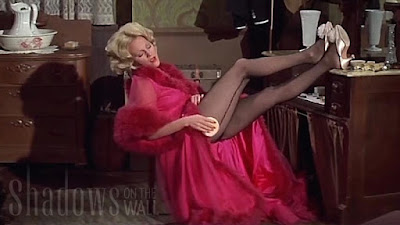 I'm on a family weekend in the California desert, and we watched a time-honoured favourite together: Mel Brooks' 1975 classic Blazing Saddles, starring the iconic Madeline Kahn, Gene Wilder, Cleavon Little and Harvey Korman. Its rhythms are rather dated for today's rapid-fire comical style, and a lot of the film is deeply uncorrect politically, but I still adore its absurd sense of humour, raucous pastiche and some unforgettable gags. We also took a trip to the local cinema to see Rocketman, the Elton John biopic that's rendered as a musical fantasy. It's surprisingly dark at times, cleverly using the iconic songs out of sequence to generate strong emotional kicks here and there. And Taron Egerton is superb in the lead role.

There are also other films out this week in the US that I want to see, including Godzilla: King of the Monsters, Brightburn, Ma, plus X-Men Dark Phoenix next week, and perhaps I can catch Gloria Bell out on home entertainment release in North America (it opens in UK cinemas next week). It just depends when I can sneak out to a cinema...
Posted by Rich Cline at 17:11