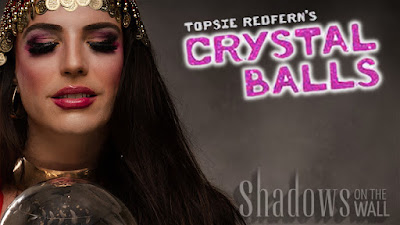 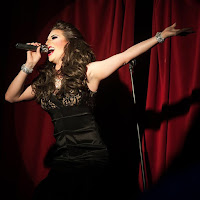 With his own distinct style of drag, Nathan Kiley takes a remarkably moving look at his identity in this involving cabaret show. Not only does he shine as his colourful alter-ego Topsie Redfern, but he pointedly reveals the fact that Nathan and Topsie are actually one multi-faceted person, blurring the lines we have come to draw between drag artists and their backstage selves. So while the show is a little rough around the edges, and gets perhaps too pointed here and there, its open heart is in the right place. And Kiley has something important to say.

At the start, the lively and hilarious Topsie takes the stage alongside pianist Connor Fogel to sing a few songs and indulge in some goofy jokes. Both the music and the patter are packed with sharp references to the iconic musical Chicago, in which Kiley made his West End debut playing Mary Sunshine. And the story begins that will string everything together: about a crystal ball left to him by his grandmother, who went by the name Madame Olga and was a fortune-teller to the stars of her day, including some icons who have inspired Kiley as an LGBTQ+ artist. 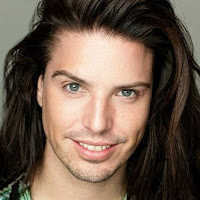 Kiley makes running references to his shininess, his lifelong penchant for flamboyant showmanship which he says his father could never quite see. The set list is a terrific collection of silly songs, big numbers from musicals (including Mary Sunshine's A Little Bit of Good), an enormous-voiced operatic burst from Carmen, 1980s pop and an Irish folk song. The range of songs is remarkable, eclectic but never haphazard, and always accompanied by a meaningful connection. And as he recounts his quest to learn more about Madame Olga, Kiley veers off on observant sideroads to describe sparky stories from his childhood, adolescence and adult life.

With his relaxed, chatty personality and endearing nervous energy, Kiley knowingly tells stories as both Nathan and Topsie, zeroing into the dualities he sees everywhere he looks. Astute observations abound, such as noting that Topsie's oversized charisma is a result of him compensating for feeling like an outsider as a young gay boy, or connecting the crystal ball with the drag art of reading people. Stories weave in many more ideas, always circling back to the idea of how perilous it feels to live in hiding, pointedly calling out racism, sexism and homophobia.

Over the course of the show, Topsie gives way to an unapologetically honest and bare Nathan, a gifted young man who realises the importance of engaging with himself and his past while pursuing his passions and finding love in the people around him. And he teaches us that shininess is a blessing, not a curse.