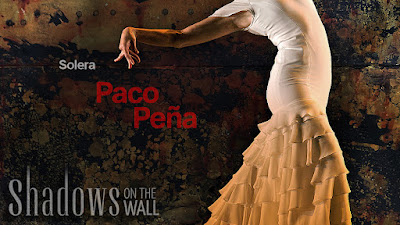 In some ways, iconic guitarist Paco Peña's world premiere stage production Solera is like a masterclass in flamenco, easily accessible to audiences who are new to this powerfully evocative artform. It's also a complex, roaring expression of how the past, present and future intermingle among artists who speak to each other with music and dance. So this show feels almost staggeringly intimate, as if it's a privilege to be watching it. And each mesmerising number is a show-stopper.

The title is term from Andalusia referring to how younger wines top up more mature wine to maintain a consistent blend. So this show begins with the cast listening to a tape recording of an elder musician. The first half is set in a rehearsal studio, as nine performers from three generations gather together, encouraging and provoking each other. Watching this feels almost illicit, as if we're being allowed into a private space in which flamenco itself is being defined, memorialised and pushed forward in new directions.

At 79, Peña is the patriarch, leading two fellow guitarists while riffing with the best flamenco singers, dancers and musicians in the world. At 28, dancer Gabriel Matias leads a youthful charge of raw talent. His shapes and frames are staggeringly sharp and beautifully formed, revealing both skilful control and a sense of intensely moving artistry. This contrasts with Angel Muñoz, a legendary dancer whose experience shows in his playful expressions and confident innovation. Between them, Adriana Bilbao maintains her own fierce energy, adding flourishes of colour and musicality. Chiming in with the singers and musicians, they all push further and further.

After the interval, the show shifts into a series of modern-style performance pieces that are simply breathtaking in their delicate textures, earthy energy and gut-level emotions. No longer in street clothes, the performers are dressed for the stage, which allows the lighting to augment the spectacular movement alongside the exquisite music. Each performer gets a chance to shine, punching so much energy onto the stage that it's almost overwhelming to watch. A highlight is a soaring guitar trio between Peña and colleagues Dani De Morón and Rafael Montilla. 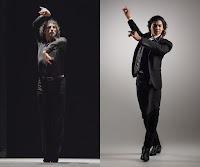 Belting singers Inmaculada Rivero and Iván Carpio convey the wrenching emotions of flamenco in a variety of sequences, but also get one piece that expresses unfiltered joy. And the astonishingly gifted percussionist Julio Alcocer gets his own extended moment in the spotlight. Then as everything comes together in a perfect blend of guitar, percussion, voice and movement, the show reaches truly epic proportions. It leaves us invigorated with hope, and impatient to see Matias on stage a few decades, facing off against rising stars to both remind us of the power of flamenco and push it forward for a new generation.