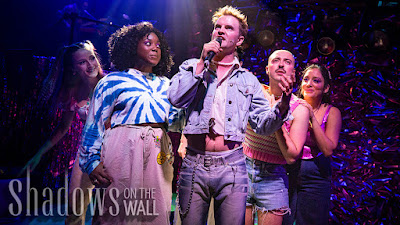 This world premiere show calls itself a "pop song cycle" rather than a musical. Indeed, it features neither a narrative nor defined characters; it's a collection of impassioned musical numbers that express the emotions of people who have been labelled as millennials. Writer-composer Elliot Clay has clearly been inspired by Jonathan Larson with these Rent-style rock numbers, a mix of powerful anthems and soulful ballads that describe this generation in their own words.

This is a reflective and defiant cry for understanding, as most songs explore issues of self-doubt that young people experience even as they are fiercely proud of their individuality. It's perhaps a bit repetitive, and not as deep as it seems to be, but then that's also part of the point. Millennials are generally defined as young people who have struggled to find their identities, putting off big life decisions like buying a home or getting married due to a combination of personal, cultural and economic issues. And both the writing and the design work remind us that they also popularised avocados.

The six cast members burst with energy throughout this performance, moving among the audience and encircling the avocado-shaped stage with its trampoline stone. They have a terrific sense of camaraderie between them, and each boasts a belting singing voice, while their colourful costumes help them play knowingly with a range of queer sensibilities. Both the solos and group numbers pulse with soulful electricity, conveying the inner desires of these young people to both find their place in the world and make themselves known.

Impressively, the entire space has been reshaped as a playroom, with the audience sitting on beanbags, in a ball pit, a bathtub or on blankets and cushions scattered around the glittery, shiny room. The effect is like being at a garden party as a raucous performance unfolds around you. And while the feelings are resonant and the songs infectious, perhaps some clearly constructed characters or storylines might have made it even more memorable. That said, it's a striking reminder that this particular generation isn't facing anything new: older or younger, we all have to come to grips with the same things. 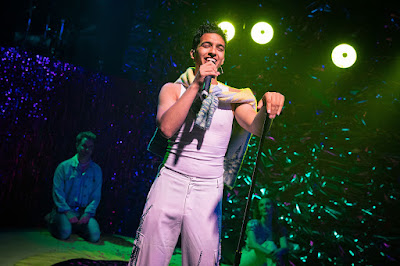 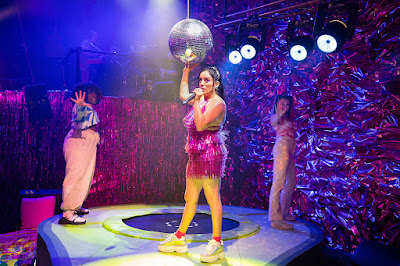 For information, visit THE OTHER PALACE >