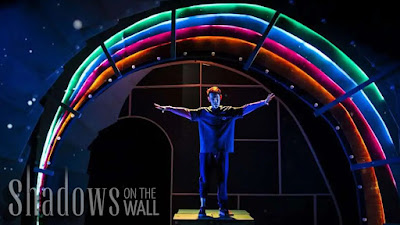 With this world premiere play at the Turbine Theatre, JJ Green takes an astute look at the life of an autistic person from childhood to early adulthood. Cleverly written and directed as an experiential odyssey, the show is visceral and resonant, constantly surprising the audience with breathtakingly moving observations that affirm why the word "normal" should never be aspirational.

Green himself plays an unnamed 7-year-old boy who loves his happy life swimming with mermaids and running with wolves. His doctor (Westphal) notes that he probably has Aspergers, and that he can be conditioned to behave like everyone else to make his life easier. His compassionate mother (Deverill) is dubious about that, but his rather Neanderthal father (also Westphal) doesn't want a son who plays with a mermaid doll and wears dresses. Meanwhile, the boy is viciously bullied at school, finding an unexpected friend (Tan) along the way, then later running off to join the circus and falling for a fellow performer (Joseph).

Aside from Green, the cast members all play multiple roles that circle around the boy, offering a blinding flurry of mixed messages. Many are kind and supportive, yet inadvertently trigger the boy's anxiety by expecting him to see the world the same way everyone else does. Others are close-minded, merely thoughtless or downright cruel. Each character has a vivid physicality that is expressed through inventive choreography, with the actors radiating powerful emotions in a strikingly naturalistic way. Meanwhile, Green's performance is staggeringly demanding, a proper tour-de-force that carries and ultimately lifts the audience.

The stage is deceptively complex, a mix of lighting, video projection and clever props, with a set of boxes that are continually in motion to create various scenarios, including a spot of water skiing and dragon soaring. These boxes are then opened on cue and, like magic, always have the correct contents to propel the scene further. Because everything is always in transition, the show is dazzling to watch, even if some elements, like the boy's padlock, feel overstated and under-defined. Even with all of this, it's the emotional intensity that brings the show to life, as we begin to see the world through this bright boy's eyes. 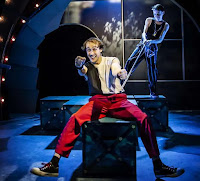 Green knowingly includes big highs and lows in the narrative, including grief, heartbreak and crippling questions about identity ("No one can see you if you pretend to be someone else"). But there's also deep love, respect and even a warmly queer romance along the way. So the boy's nagging question gives us something powerful to consider: who had the worst ending, Peter Pan, who was never able to grow up, or Wendy, who grew up and lived the life that was expected of her? 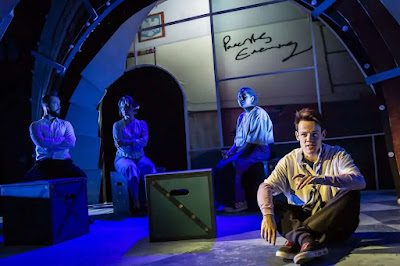 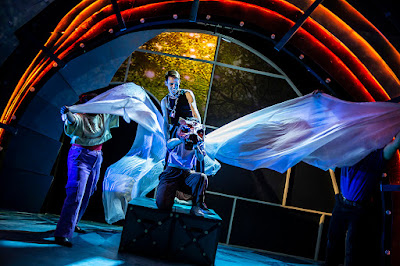 For information, visit THE TURBINE THEATRE >