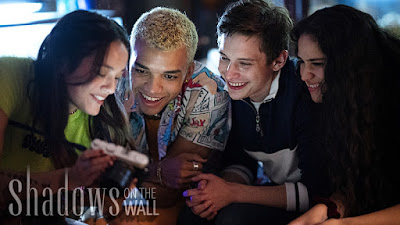 I've had a lot to watch over the past few months, as I've been voting in the Dorian TV Awards (winners announced next month). This of course encourages me to watch quite a few things I wouldn't have otherwise seen - then when the nominations came out I have other things to catch up on. Not that I always agree with fellow voters (I haven't included here the shows I gave up on after 1 or 2 episodes). There's been some great television lately, and as the lines continue to blur between cinema and TV there seems to be more than ever to watch...

Genera+ion
Not quite as loose and honest as We Are Who We Are, this teen drama astutely digs into contemporary attitudes among a group of teens at a Los Angeles high school. The most inventive touch is to replay key moments through the eyes of different characters, revealing a bigger picture about, well, an entire generation. The young cast is so good (particularly Justice Smith, Chase Sui Wonders and Uly Schlesinger) that the scenes involving parents played by the always excellent Martha Plimpton and Sam Trammell feel a bit distracting. It also seems a stretch to try to explain away crippling adolescent angst with parental and societal issues. Teens have always been like this, and the vast majority of us have managed to grow up. (HBO) 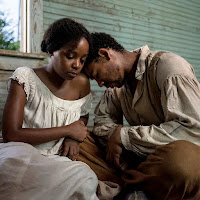 Barry Jenkins' ambitious adaptation of Colson Whitehead's novel is often painful to watch, but that's the entire point: it shouldn't be easy to explore US history. Using cleverly surreal elements, the series takes a deep dive into the lingering impact of slavery on American culture. At the centre is the story of Cora (Thuso Mbedu), an escaped slave pursued by the tenacious Ridgeway (Joel Edgerton) and his young sidekick Homer (Chase Dillon). It's often shot in deep shadows that make the imagery annoyingly impenetrable, but most of the show looks spectacular, and the themes are bold and urgent, cutting through our watered-down ideas about the nation's past to provoke some righteous emotion. (Prime) 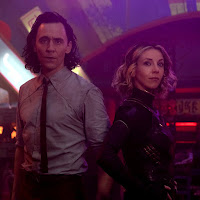 By honing in on Tom Hiddleston's god of mischief, this series remains continually watchable, even if it essentially turns into yet another over-egged Marvel-style romp across the multiverse. As it continues, it gets indulgently bombastic and far too pleased with itself, which is rather annoying. But the performances are terrific, anchored by the hugely engaging Hiddleston as a deity forced to briefly consider the idea of mortality. Also terrific are Owen Wilson, Gugu Mbatha-Raw and Wunmi Mosaku, plus lively Loki variants played by Sophia Di Martino and the always-fabulous Richard E Grant. A more properly stand-alone show would have been even better, mischievously refusing to feed Marvel's ever-expanding franchise. (Disney) 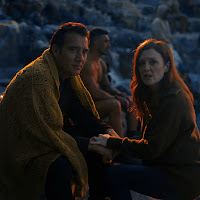 Stephen King adapts his own novel into this limited series starring the always riveting Julianne Moore as the wife of a dead novelist (Clive Owen) who found inspiration, and healing from his awful past, in a fantasy underworld. The gimmicky wordplay and supernatural elements tend to steal focus from the much more intriguing story about grief, sibling bonds and menacing fans. But first-rate director Pablo Larrain never loses the character focus, drawing powerfully shaded performances from Moore and her on-screen sisters Jennifer Jason Leigh and Joan Allen. It's their collective story that brings everything to vivid life and makes this far more involving than we expect. (Apple) 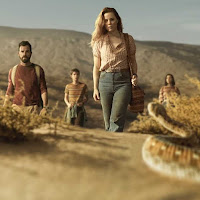 Only taking the title from Paul Theroux's novel, this series abandons the plot to launch an overegged roadtrip-from-hell thriller. Interesting ideas about consumerism and living off the grid are lost in a badly dragged-out story of a family making a life-threatening escape from shifty Feds and murderous criminals. But the superficial action makes it feel pointless. That said, the episodes are finely shot and edited, and the terrific ensemble (Justin Theroux, Melissa George, Gabriel Bateman and Logan Fox as a family on the run) adds nuance to characters who would have been far more interesting if the writers had stuck with the novel's more timely dramatic premise instead of creating yet another vapid action series. (Apple) 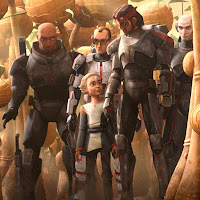 I haven't seen the other animated Star Wars series, but thought I'd give this one a shot. Even with its sometimes jarringly game-like imagery, it's finely made and has some snappy characters. The pace and tone slow drastically after the thumping first episode, indulging in a heist-of-the-week structure that clumsily attempts to deepen the characters. But as it continues, there are some over-arching relational elements that hold the attention, as this band of scrappy outsiders grapples with the nature of who they are and which side they're on. That makes it more intriguing than engaging. But I'm not sure how much longer I can wait for some meaningful revelations, or something to connect to. (Disney) 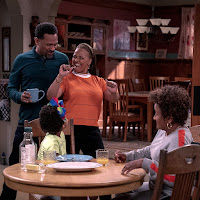 There are some terrific issues woven into the fabric of this sitcom, and a great cast who would be able to bring them meaningfully to light. But the scripts take a lazy comical approach that goes for goofy gags rather than knowing humour, leaving it all feeling oddly simplistic. Anchoring the cast, Mike Epps, Kim Fields and the great Wanda Sykes are excellent as people grappling with a family structure that's far more traditional than the show can bring itself to acknowledge. And a disastrous canned laugh track roars at all of the very worst non-jokes. This could have been a superb comical exploration of a family dealing with its murky past, but it ends up as little more than silliness. (Netflix) 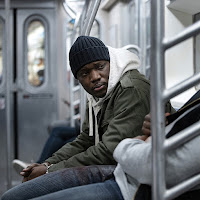 Saturday Night Live comic Michael Che finds a new way to blend stand-up and sketch comedy with this edgy series that tackles timely issues in an original way. Each episode centres on a theme, usually something that has strong political fallout, and a variety of scenes play out as pitch-black satire, witty spoof or thoughtfully amusing monolog. This approach keeps us ready to laugh, and there are quite a few hilariously barbed gags. And the show also constantly reminds us that these are urgent, knotty issues that require much more than light-hearted thoughts. Che's laconic presence is a very clever counterpoint, and his perspective avoids the usual cliches for something far more complex. (HBO) 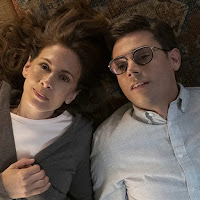 Ryan O'Connell is back for another series of comical antics as a young gay man with cerebral palsy simply trying to get on with his life like anyone else. But of course everyone else sees his disability before they see him. O'Connell is a terrific writer, never allowing sentimentality to creep in while finding comedy and warmth in a range of prickly interactions. And in the central relationship between Ryan and his mother (the fabulous Jessica Hecht), the show has a big, beating heart. Their warm, meaningful connection adds subtext to the much more challenging storylines involving other side characters. And it also provides even more spark to the show's distinctive and vitally important perspective. (Netflix) 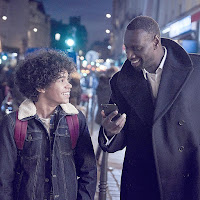 This show is so compulsively watchable that is seems cruel that producers only made five more shows to cap off this first season. Yes, each episode leaves us wanting more, including the final one. Gliding through it all, Omar Sy has an abundance of  charm and intelligence that carries us right past some rather shaky writing (plot holes ahoy!). The twisty narrative is thoroughly riveting, as it offers something much more layered than the usual crime series. Most impressive is that this isn't actually about heists or getting revenge, the two things that seem to be driving the action. It's actually a more human story about connection, justice and making peace with the past. All with a witty literary nod. (Netflix) 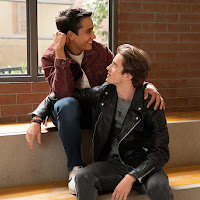 If anything, the second season of this soapy teen drama is even more simplistic than the first. It's a great show for pre-teens who need to be encouraged that they will one day find a way through difficulties that feel insurmountable. And the writers do take on some topics that other shows shy away from completely, representing a superb range of experiences that relate to sexuality. But it's far too cute and obvious for viewers who are the age of the characters or older. That said, the cast led by Michael Cimino is excellent, and the actors find some nice nuance even in the most obvious plot threads. But frankly, each of them is good enough to take on something more complex and less prudish than this show. (Hulu) 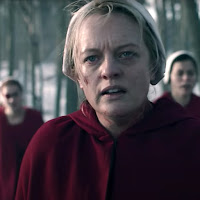 Feeling a bit truer to the show's original promise, this season both escalates the events and deepens the drama as things take several jaw-dropping twists. Elisabeth Moss is of course excellent as June navigates a terrifying escape and becomes a leader in exile, now fighting the violently misogynist government of Gilead from relative safety in Canada. Plot threads around Yvonne Stahovski, Joseph Fiennes and Ann Dowd feel off-topic, but develop nicely alongside June's much more internalised and emotionally powerful journey, even if vengeance doesn't really suit her. And in June's more righteous rebellion, the show still has some strong bite, offering remarkably strong scenes for Max Minghella and O-T Fagbenle. (Hulu) 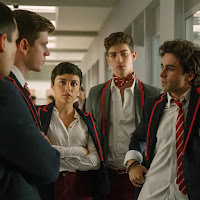 This outrageously trashy Spanish teen soap returns with another riotously over-the-top season set in a posh private school where there's a massive party every night and a range of serious crimes take place each term. The collision of classes is what makes the show addictive, this time centring on the arrival of a new insanely wealthy family with three trouble-stirring siblings. And there's also a slumming prince to stir up an enjoyable but superfluous romantic sideroad. The writers seemed far more interested in throwing the characters into a wild series of encounters, jealousies and pranks than the overriding mystery, which never quite comes together. But it's shameless, mindless fun. (Netflix)

THIS IS THE END 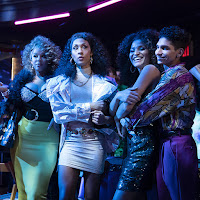 The quality of writing has been uneven ever since the first season, indulging in some simplistic moralising and cliched plot points, plus a lot of rather pushy melodrama. But the hit rate increases with these final episodes, which tackle some big themes with raw emotions. The characters are more robust than ever, played by a top-notch, groundbreaking ensemble with a resonance so intense that they're utterly iconic. Each one feels like a family member, so the issues they face carry a powerful kick. And there are some awesome episodes along the way to the series finale's spectrum of emotions, from political rage to the exhilaration of performing to the pain and guilt of loss. It'll be great to see what Mj Rodriguez, Indya Moore and Dominique Jackson do next. It'll be hard to top this, but here's hoping. (FX) 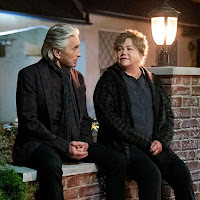 After sending off Alan Arkin's Norman in the first episode, Michael Douglas is joined by his old partner in crime Kathleen Turner for a superb final collection of episodes that grapple with family connections, money issues and a range of themes circling around the central idea of growing older and older. Some of the storylines feel a bit superfluous, such as Norman's kids wrangling to get their hands on their inheritance cash. But Paul Reiser is hilarious as the prospective son-in-law who seems like he's all wrong for daughter Mindy (Sarah Baker), but might be just right. And Morgan Freeman makes a hilarious appearance as himself, as does Barry Levinson, who brings a terrific final plot point with him. (Netflix)

NOW WATCHING: Schmigadoon, Physical, Kevin Can F**k Himself, The White Lotus, Dave (2), Never Have I Ever (2), I Think You Should Leave (2).