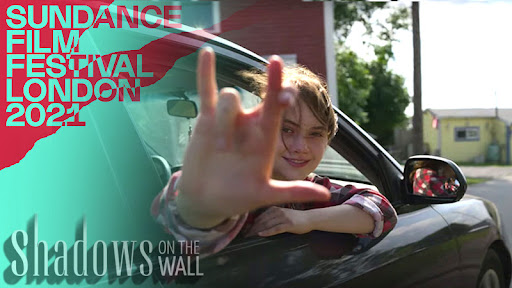 The ninth Sundance Film Festival London kicked off tonight, bring a selection of top movies from the January festival to Picturehouse Central for four days of screenings and special events. Press screenings were packed into three days earlier this week, and I'm also planning to attend a couple of screenings on Sunday to watch some shorts and see what the Surprise Film turns out to be. This is always an enjoyable micro-festival, with lots of filmmakers present and a nicely relaxed atmosphere. I'll be back with daily blog entries, starting with three of my favourite films. The first won the top awards at Sundance in January.

Coda
dir-scr Sian Heder; with Emilia Jones, Troy Kotsur 21/US ****
Beautifully written and directed by Sian Heder, this enormously engaging story digs deep into its themes, challenging us to look at deafness through a new perspective. Even if the open-hearted story is familiar structurally, there's an edge to the character interaction that resonates strongly through joy, pain and a steady stream of sharp humour. This allows the strong cast to create people who resonate deeply, and perhaps even inspire us.

Censor
dir Prano Bailey-Bond; with Niamh Algar, Michael Smiley 21/UK ****
Set in the late 1980s, this horror thriller is infused with political issues of the era that are equally fresh today. It's strikingly directed by Prano Bailey-Bond in genre period style, taking a dreamy dive into the mind of the central character, who is played with thoughtful intensity by Niamh Algar. Knowingly subverting the genre, this unusually witty, challenging freak-out also has an appropriately emotional gore-filled payoff.

The Most Beautiful Boy in the World
dir-scr Kristina Lindstrom, Kristian Petri; with Bjorn Andresen, Robine Roman 21/Swe ****
Combining artful new footage with astonishing archival clips, this documentary works on various levels to explore the nature and impact of beauty. It's a profile of Bjorn Andresen, cast as the representation of beauty by iconic filmmaker Luchino Visconti in his 1971 classic Death in Venice. Half a century later, Bjorn remains haunted by this. And the film reveals him as a man making peace with some powerful ghosts... FULL REVIEW >

• For more festival information: PICTUREHOUSE: SUNDANCE
• Visit Shadows on the Wall's anchor page for SUNDANCE LONDON for links to all reviews.

There were also a few non-festival films this week. Dwayne Johnson, Emily Blunt and Jack Whitehall are hugely entertaining in the Disney adventure Jungle Cruise, which might be overblown, bit it's also a lot of fun. The well-made Spanish dramatic thriller The Offering is dark and sinister, and hides its secrets too long. The beautifully assembled doc Ailey traces the life and legacy of the iconic Alvin Ailey with terrific archive footage. And I also caught up with this one on a big screen...

Nowhere Special
dir-scr Uberto Pasolini; with James Norton, Daniel Lamont 20/UK ****
Beautifully written and directed, and inspired by a powerfully emotional true story, this film follows a single dad (James Norton) seeking a home for his young son (Daniel Lamont) before cancer takes him. While the premise is wrenching, scenes are packed with buoyant life, revealing the terrific connection between a wryly funny working-class father and his wide-eyed son. Both Norton and the bright little Lamont are first-rate, avoiding sympathy to create a vivid, life-affirming exploration of the impact of mortality. Definitely worth a look.

Coming up this next week, I'll be watching James Gunn's sequel/reboot The Suicide Squad, coming-of-age thriller John and the Hole, the caper thriller Playing God, the Scandi-thriller Wildland, Brazilian drama The Fever, animated adventure Moonbound.
Posted by Rich Cline at 21:50