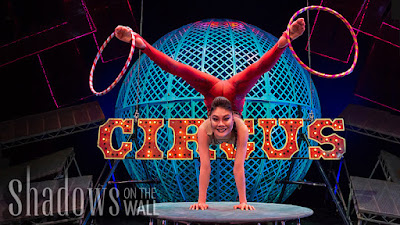 The title is perhaps a bit hyped for what is actually a fast-paced circus placed on a West End stage. But this show features plenty of spectacle that holds the interest, with some gasp-worthy moments along the way. It's rare to see these kinds of death-defying acts in a proper theatre, and while the size of the stage puts limits on what is possible, it also adds a terrific sense of proximity and even danger.

The main focus here is acrobatics, including jugglers, clowns, tumblers, balancers and aerial artists whose ripped bodies bend in ways that defy belief. Running right through the show, the Timbuktu Tumblers provide several displays involving pyramids, flaming limbo poles and lots of kinetic energy. Also punctuating the space between acts is diminutive Brazilian performer Paulo Dos Santos, a charmer who has the audience laughing and sighing at his antics, which mix impressive gymnastics with expert comical timing. He becomes the show's star. 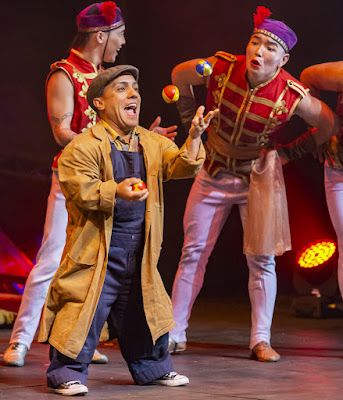 Spotlight acts include Elberel, an outrageously flexible archer from Mongolia who appears as a lady in a bottle before firing arrows from seemingly impossible angles, including with her feet. Toni and Nikol are a Czech couple who perform an heart-stoppingly fast knife and axe throwing act, which is properly thrilling when you can almost feel the whoosh of the blades flying through the air. And from Spain, Pablo and Vicky do a series of crazy aerial stunts from the very top of the stage. 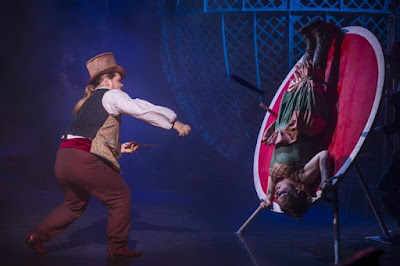 Dominating the set is a massive steel globe, which the three Lucius Team riders enter on motorcycles to cap both halves of the show, riding around and up and over while somehow dodging each other. This is a big roaring act usually reserved for a giant tent in a field out of town: putting this on a stage is seriously impressive. And the show is expertly directed with smooth transitions that make sure there's always something going on. 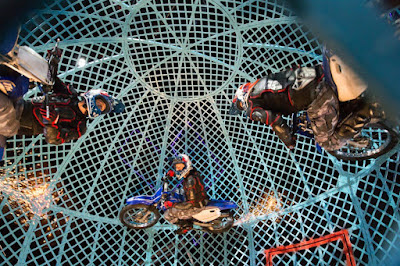 There are a few less-thrilling acts peppered in between (juggling on an electric skateboard doesn't have quite the same kick as a unicycle), but each person in this show is skilled to a very high level. Even the seemingly simpler things they do are impossible for mere mortals. And it's great fun to cheer these performers on in a full-on circus that's been redesigned to fit in a theatre space. 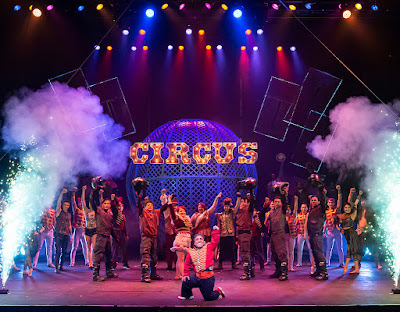 Photography by Piet Hein Out