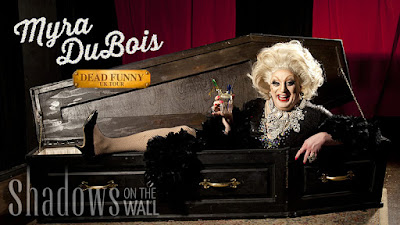 One of the UK's top drag artists, Myra DuBois is primarily known as a semifinalist on Britain's Got Talent and from stage appearances around the country, plus roles in the West End comedy Death Drop and the film version of Everybody's Talking About Jamie. Her current UK tour brings her back to the Garrick Theatre for her first solo show in the West End. And it's a riotously funny evening. 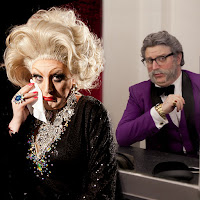 Set up as a funeral for Ms DuBois, the event opens with her brother-in-law Frank Lavender delivering a seriously irreverent eulogy, which spirals from a badly off-tune rendition of Let Me Entertain You into a vintage-style stand-up routine that plays merrily with political correctness. Jokes are old and repetitive, circling around and escalating, but never getting any funnier. The humour is of the squirm-inducing variety, creating embarrassing moments and poking fun at people, always befuddled by the audience's reaction. He also brings out his over-eager wife Rose to support him. Of course his haphazard style hides a lightning-quick wit, but it's still an acquired taste.

After the interval, it's all about Myra, who appears in a shimmering white number like an angel, reassuring us that she's not actually dead but will be by the end of the show. Her delivery is polished and seriously biting, hosting her own funeral on a simple stage (with some elaborate lighting effects) and determined to have it go exactly how she wants it to. Along the way, she veers off-topic for a mental health cleanse, while also singing a few songs, continually taunting audience members and adding editing instructions to the camera operators who are recording this for posterity. 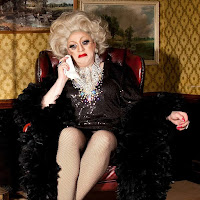 Her wit is lacerating and very, very sharp, snapping back hilariously to hecklers before diving into another song or introducing her twin sister, the crowd-favourite Rose (yes, Frank's wife), to recite a tribute poem. Much of the humour is aimed at herself, which seems a little unnecessary, including the way she forgets song lyrics and absolutely slaughters elements in songs that are otherwise performed to perfection. These are rather cheap laughs, and her more sophisticated gags are much funnier. Indeed, by the time she performs half of the duet on I Know Him So Well, the way the audience fills in the gaps makes it clear that she has us all right in the palm of her hand.