Critical Week: Who you gonna call? 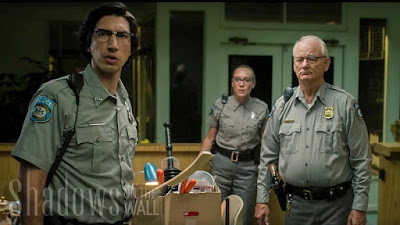 It's been a strange summer at the cinema, without a break-out hit. Disney and Marvel continue to rake up most of the box office cash, but nothing particularly outstanding has emerged quite yet. Meanwhile, it's been another eclectic week at the movies for me. Jim Jarmusch's wry zombie thriller The Dead Don't Die has his usual all-star cast, including Adam Driver, Chloe Sevigny and Bill Murray (above), plus a particularly hilarious Tilda Swinton. It's charming, dryly funny and too sardonic for mainstream audiences. And then there's the studio action-comedy Stuber, starring Kumail Nanjiani and Dave Bautista, who provide some charisma to help paper over the fact that the movie isn't particularly funny or thrilling.

Gurinder Chadha is back with her British feel-good drama Blinded by the Light, a scrappy but likeable movie set in the late-80s with a Bruce Springsteen song score. Summer Night is an equally loose American comedy-drama about a small townful of entangled characters. Even more independent, the twisty British-Dutch thriller AMS Secrets heavily channels Hitchcock's Psycho in its luridly stylised plot. From Mexico, Always Say Yes is an inventive odyssey about a young country boy in the big city. It's seriously explicit, but also insightful and disarmingly sweet. There was also the shorts collection The Male Gaze: The Heat of the Night, featuring six rather dark dramas about masculine sexuality from around the world. And I had a chance to see one of my all-time Top 5 films on the big screen in a new edit. Every edit of Francis Ford Coppola's Apocalypse Now has been a masterpiece, and he says that this summer's pristinely digitised release is his "Final Cut".

Coming up this next week, we have Disney's remake of The Lion King, the animated adventure Playmobil: The Movie, Willem Dafoe in Opus Zero, the British immigrant drama My Friend the Polish Girl, the Mexican drama The Chambermaid, and the French drama Hidden Kisses.
Posted by Rich Cline at 18:50