Critical Week: Do a little dance 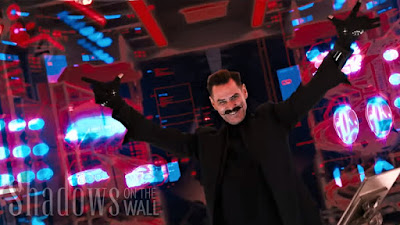 Well, the Oscars have certainly shaken things up in recent years, and Sunday's ceremony brought some wonderful surprises, handing top honours to Bong Joon Ho's masterful film Paradise. If you've seen the film, it's not difficult to understand why it connected so well with voters. By contrast, this week's big screening was the resolutely silly Sonic the Hedgehog, offering Jim Carrey a chance to hilariously play around with both wacky wordplay and full-bodied physicality. It may be slight, but it's an entertaining romp.

There were three films that honed in on a female perspective. The latest adaptation of Jane Austen's Emma stars Anya Taylor-Joy as a young woman manipulating the love lives of those around her. It's snarky and skilfully made, a perfect film for Valentine's Day. Misbehaviour stars Keira Knightley and Jessie Buckley in the terrific true story of women's rights activists who disrupted the Miss World contest in 1970 London. And from Ireland, Rose Plays Julie is a moody, wrenching tale of a young woman (Ann Skelly) who connects with her birth mother (Orla Brady), unearthing a haunting secret.

By extreme contrast, The Misogynists stars Dylan Baker in a rampaging performance as a Trump supporter in a hotel room on election night 2016. It's like a particularly pointed, provocative one-act play, and leaves the audience with plenty to think about. From Germany, Orpheus' Song is a quietly involving romantic drama about two men having a magical (or maybe drunken) experience while on holiday in Greece. And then there was this controversial doc...

I missed this doc when it was released last summer, and wanted to watch it before the Oscars, as it was the only nominated film I hadn't seen. The timing couldn't be more chilling, as the film outlines the step-by-step dismantling of the democratic system in Brazil by politicians who use the judicial system to both cover up corruption and convict opponents with crimes they haven't actually committed, in order to remove them from office. All while the nation's population divides itself into two camps that scream irrationally at each other. The parallels with what happened last week in Washington DC are downright horrifying.

Never attempting impartiality, the film is a first-person account by filmmaker Petra Costa (in a mumbly voiceover that's both eerily dispassionate and often lost in the sound mix). She's expressing her her views on Brazil's political turbulence over the past half-century, as military dictatorship gave way to democracy controlled by the wealthy. Then came Lula, the working-class president who brought fairness to the society, opportunities for the poor, and approval ratings higher than anyone in the world. When he passed the torch to his successor Dilma, the wealthy class suddenly cracked down, twisting an investigation into corruption to set up both Dilma and Lula on charges that were tenuous at best.

Costa pays attention to detail, which makes it clear what actually went on here. Her cameras have terrific access to these people, capturing private moments that are interwoven with the news footage to offer a bigger picture. Sometimes this dense approach a little overwhelming, while her comments about personal connections feel distracting. But even if it's one-sided, there's a bracing sense of fairness how events are recounted with news footage and audio recordings. There's no doubt about what has actually going on.

Which is perhaps what makes the film resonate so sharply. There's Boris Johnson shamelessly lying to the British people (and perhaps to himself) about the true impact of leaving the European Union. There's Donald Trump championing his own victory with a stream of false statistics and manipulative stories even before the Senate voted to ignore their duty to the US Constitution. There's a quote late in this documentary from Ancient Greece, that democracy is only working if the wealthy feel threatened. On the other hand, when the wealthy are threatened, they have the power to suspend democracy. And to brainwash the people into cheering them on.

This coming week I have screenings of Harrison Ford in a new adaptation of Jack London's The Call of the Wild, Rose Byrne in the comedy Like a Boss, Rosamund Pike in the Marie Curie biopic Radioactive and the psychological thriller You Go to My Head, plus a couple of nights at the theatre, two press launches and an awards ceremony.