Stage: Let your hair down 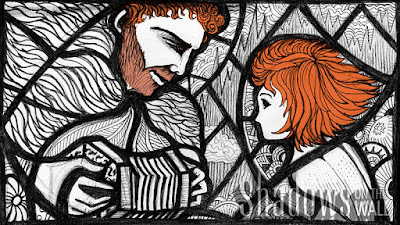 A breathtaking mix of history, art, music and dance, Mám is an exhilarating odyssey through the culture of southwest Ireland. Bold and expressive, it's packed with moments that are funny, surreal, intense and sometimes wrenchingly emotive, performed with passion and energy by a group of musicians and dancers who never take a break over the course of 90 minutes.

The title has a variety of meanings relating to the easiest way to surmount a large geological obstacle, like a wind-filled pass through Ireland's second-highest peak Cnoc Bhréanainn on the Dingle Peninsula. Teac Damsa (which means "house of dance") funnel their expression through this idea, giving the show an elemental quality even as it's packed with recognisable references to culture through the centuries, like a Lynchian take on Riverdance.

It opens with a young girl (Poirer-Dolan) in white, perhaps a first communion dress, being serenaded by the breathy, visceral tones of a concertina played by composer-musician Cormac Begley wearing a massive goat head. A fascinating expression of the nation's complex religious history, this juxtaposition continues as the 12 dancers are also initially revealed with their faces obscured, wearing sober black suits and dresses that become increasingly loose as they throw off their shoes and literally let their hair down. The physical movement shifts from ghostly and lyrical to frenzied and acrobatic, beautifully depicting scenarios that reveal fierce individuality, romance, family and, most powerfully, a sense of community.

As the backdrops fall, revealing further performers, this sense of interaction expands to include musicians playing a range of instruments in ways that speak right to the gut, from the gorgeously purring sounds coming from Begley's concertina to the earthy roar of van der Linde's bass flute. These echo the astonishing physical connectivity between the dancers and the band, evoking the feeling of an evening in a rural Irish pub where a bit of inebriation brings out the instincts of locals who express their feelings through physicality and artistry. It's a thrilling show that challenges the audience to dig deeper into their humanity and love each other with just a bit more ferocity. 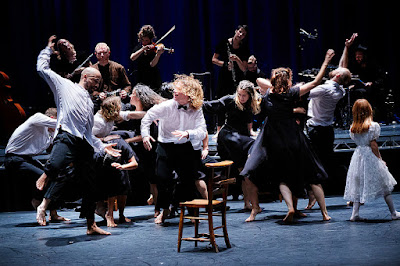 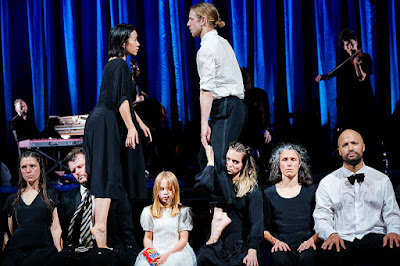 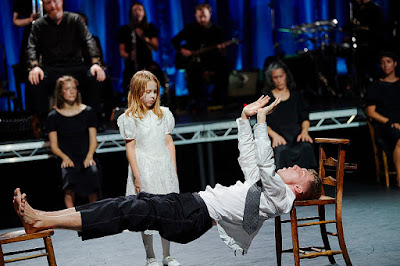