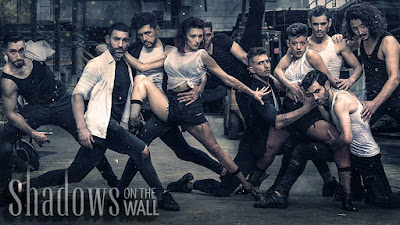 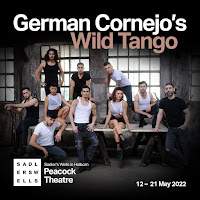 Seriously gifted dancers and musicians bring an exuberance to this show that keeps the audience on-side even though there are some issues with lighting, costumes and choreography. The show's director and lead dancer German Cornejo deliberately blazes a modernising trail for the Argentine tango, harking back to its roots as a social dance for working-class male couples while pushing it forward into present-day musical genres. But it feels like a missed opportunity to connect tango's same-sex history with today's gender-blurred culture.

The show opens with a burst of feisty energy as 10 men and three women fire off a series of rapid-paced tango manoeuvres across the stage, then move into a series of more focussed performance pieces that blend traditional steps with new ones. Frustratingly, the costumes distract from the dancing, as the men are dressed in black harem pants (not gaucho pants as seems intended) that obscure their legs. And the leather corsets and straps feel oddly cliched. Several moments feature men dancing together with real power, especially when flame-haired firecracker Juan Segui is on the stage.

But rather than embracing the tango's androgynous qualities, the costumes and choreography emerge through a male gaze. The men circle around in the direction of the women, who are dressed in skimpier outfits that at least highlight their extraordinary legwork. And the lighting doesn't help, shining from the top or side on black-clad performers on a black stage. Even so, there's a pulsing energy that's undeniable, and moments of energetic scrappiness that add a whiff of danger.

Everything switches up a gear after the interval, with a triumphant opener in which everyone is on-stage wearing day-glo jumpsuits while the astonishing vocalist Luciano Bassi takes his place at the front of the stage to lead the charge. From here on, brightly coloured costumes echo a musical shift, weaving traditional styles into storming anthems, pop rock and even a hint of metal. And the choreography is more impressive because we can see the performers more clearly, even if a few of the costumes are downright inexplicable.

A few numbers along the way incorporate aerial aspects; these look very cool but feel under-planned. And the moving scaffolds are also under-used. Meanwhile, the excellent band gets two numbers on their own in the second half, which seems odd for a dance show, and basically means that Bassi ends up stealing the show. That said, there are moments all the way through this production that take the breath away, simply because these dancers are the very best at what they do. And the way they inject tango touches into such a wide variety of dance styles is seriously impressive.