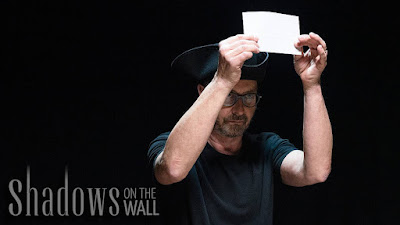 Delightfully off the rails, this performance continually challenges the audience to make connections in everything that happens on the stage. Choreographer Jonathan Burrows and composer Matteo Fargion have been working together for three decades and have almost supernatural timing as they mix comedy, music and choreographed movement to create something that's both surreal and deeply engaging.

Rewriting is a reworking of an abandoned three-year project during which a series of thoughts were collected on 108 cards. Burrows uses a series of random-seeming, increasingly elaborate movements as he tells the story, lays out the cards and reads comments from them, while Fargion accompanies him on a small electric keyboard. It's properly uncanny to watch as they mix carefully memorised actions with sometimes improvised dialog. What emerges is a series of oddball connections between ideas, motion and music that exist only in our imagination.

Science Fiction is also about this interaction between expectations and reality. This time, Fargion and Burrows take positions on opposite sides of the stage, so far from each other that we can only watch one at a time. With synthesisers, percussion and voices, they perform a series of call and response riffs that echo and blur, expand and reverberate as they move from isolated notes into a full-on wall of rather glorious noise.

Each of these pieces is performed with a cheeky sense of humour that's thoroughly infectious. This is mainly because it's so impossible for us to predict where things might go next, even as we desperately try to second guess them. But it's clear that Burrows and Fargion know exactly what they are doing. We may not be able to understand what any of this means, but that seems to be the point. It's possible to get the message even if it's never spoken. And even if the performers gleefully try to keep us from finding it.