Stage: The power of protest 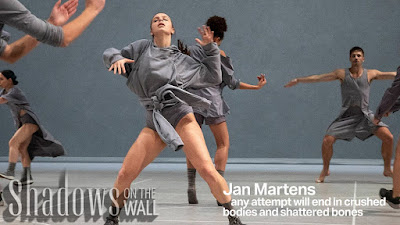 There's a vibrant surge of purpose in this piece by Jan Martens, which ebbs and flows over the course of 90 minutes. It's an evocative exploration of individuality within society, centred around the power of collective protest as a means of expression and change. And its varied rhythms become a provocative call to activism, celebrating the need for people to stand up for each other.

An ensemble of 17 performers takes to the empty stage on their own terms, either alone or in groups, each creating an individual character with his or her own movements, costumes, attitude and story. Martens' bracingly kinetic choreography creates an uncanny effect: as if the music is emerging from the dancers instead of them performing to it. The score comes from Henryk Górecki's pulsating Concerto Pour Clavecin et Cordes Op 40, plus jazz from Abbey Lincoln and Max Roach, and spoken word elements by Kae Tempest.

An extended music-free section in the middle features a mesmerising display of intricate manoeuvres accompanied only by the soft beat of the ensemble's marching feet as they move individually and as a group. Then after a rather long on-stage costume change, there's a terrific reveal using a trick of the light, leading into an energetic final section that's colourful and even more intensely physical. Through all of this, dancers dart on and off the stage, into and out of formations, sometimes doing their own private turn in a corner.

The show's title comes from a statement made by China's President Xi Jinping about Hong Kong protesters in 2019, and Martens has woven these activists' gestures into the choreography. This combination of street movement, modern dance and ballet is often breathtaking to watch, as the patterns ripple and move around the stage to echo human resilience and vulnerability. A section in which vile social media trolling comments flash across the screen adds a dark edge to the performance. This is a haunting, urgent comment on protests around the world today from Black Lives Matter to climate change and the economic crisis. 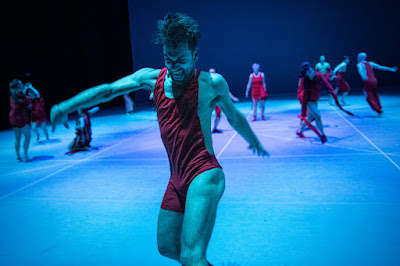 Email ThisBlogThis!Share to TwitterShare to FacebookShare to Pinterest
Labels: Any Attempt Will End in Crushed Bodies and Shattered Bones, Jan Martens, sadler's wells