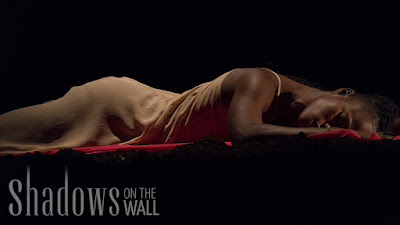 Originally choreographed by Pina Bausch at the Opera House Wuppertal in 1975, this piece has lost none of its visceral power nearly a half-century later. As we enter the theatre, stagehands are still raking and tilling a layer of soil that extends across the stage. And yes, this is part of the show, which uses the iconic Stravinsky music to recount a shattering story of elemental humanity.

With one dancer lying in the dirt in a pool of red cloth, two dozen barefoot performers enter the stage, half of them men and half of them women, gliding and pulsating, stretching their backs, rippling their muscles, heaving their bodies into the air. Occasionally the men and women regroup on their own, challenging each other and ultimately singling out a woman, who is then dressed in red and must now give the performance of her life.

There's earth-rattling power in this combination of music and movement, augmented by the fact that this is the first time that Bausch's work has been performed by a group of dancers from Africa. This gives the piece extra ripples of meaning, as it's rooted in history from the dawn of humanity while echoing the slave era, civil rights protests and Black Lives Matter. And it's so universal that it's impossible not to be carried away by the raw emotions on display.

The dancers pour everything into their performances as they become drenched in sweat, so much so that gasping for breath becomes part of the choreography. The sheer energy of the performances carries its own impact, with added reverberations in how such passionate movement echoes through society, gender and race. Yes, this is a challenging and experiential piece that demands a visceral connection with the audience. And it leaves us almost as breathless as the performers. 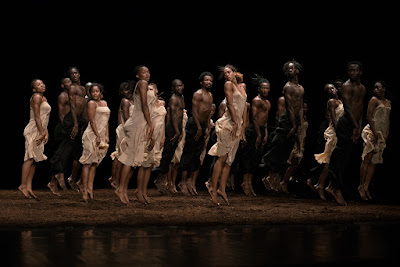 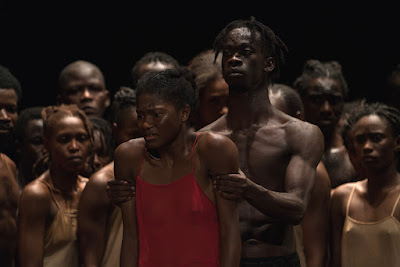