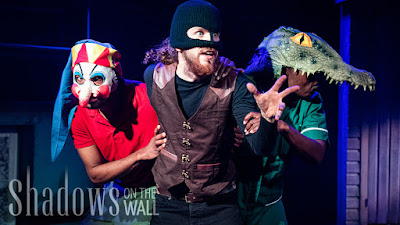 Based on a true story, this stage drama traces a compelling series of events in a way that builds intrigue while asking much larger questions about identity and the destructive impact of gossip, especially of the trolling variety. With a loose production style, the cast takes a nicely offhanded approach to the characters. But it's frustrating that the show is staged so awkwardly, with hesitant dialog, bizarre theatrical flourishes and a rather drably uninteresting set.

The story takes place in a seaside retirement community, where Sandra (Harrison) arrives to rent a room from Jeanne (Lenska). Since this isn't strictly allowed, Sandra needs to pose as Jeanne's goddaughter. But Jeanne's nurse Laura (Boakye) is instantly suspicious of Sandra, especially when Sandra begins seeing Laura's brother Kevin (Okegbe). Eventually, Laura becomes convinced that Sandra is actually Evelyn Mills, a notorious woman from the news who covered for her violent husband after he killed their infant daughter.

Taking a motif from the setting, the show is framed with jarring appearances from Punch, Judy and Crocodile (played in masks by Okegbe, Harrison and Boakye), who bray loudly at rumours that are swirling online about Evelyn's past actions and present whereabouts, turning her into a sort of folk villain. Later they are also joined by Crean, a one-man band who performs the music and soundscape on-stage wearing a gimp mask. All of this gives the show a bizarrely sinister tone that turns increasingly dark. There are only very brief moments of lightness here and there, mainly due to Jeanne's mischievous approach to life.

Harrison is strong in the central role as a woman simply trying to have a quiet life, but unable to escape the suspicions that are beginning to circle her, augmented by the way she plays Sandra as a rather manipulative opportunist. This makes each small deception feel like it may hint at much larger lies, but the truth about her remains elusive. Boakye gets the biggest dramatic moments as the increasingly frazzled and somewhat prickly Laura, while the likeable Okegbe gives Kevin a hapless physicality that makes him a realistically oblivious nice guy. Meanwhile in the most fully fleshed-out performance, Lenska delivers all the best lines with impeccable timing to add both humour and deeper emotion.

This play is so complex that it needs much tighter direction and a more focussed visual sense of the sets and costumes. As staged here, it almost feels like we're watching an early rehearsal that's only partially realised. But the material is strong enough to hold the interest, so what it has to say about the mob mentality is provocative and even devastating. 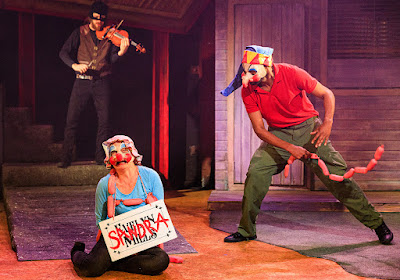 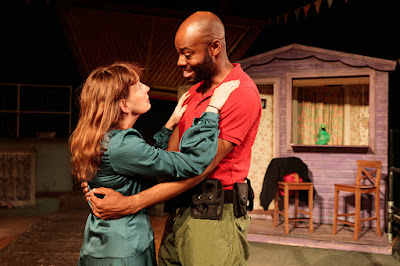