Critical Week: On the run 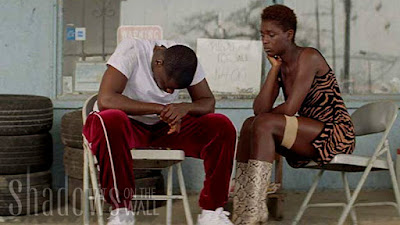 Not looking for awards are Dwayne Johnson, Kevin Hart, Jack Black and Karen Gillan, back with all their friends for the lively, silly Jumanji: The Next Level, which has a bit mote texture than the first one. And John Cena and John Leguizamo lead the charge as firefighters in Playing With Fire, a dim but rather enjoyably ridiculous mix of comedy and action.

Further afield, Jennifer Reeder's unhinged Knives and Skin is an enjoyably deranged mystery-thriller with blackly comical edges set in small-town America. And Helen Hunt leads the horror thriller I See You as a doped-up housewife whose already strained life is upended by what seems like a ghost in the family home. There was also this important reissued drama from 1985...

Digitally restored to a pristine state, this is one of the earliest dramas about Aids, made as the epidemic was only just starting in 1985. It's one of the most humane treatments of the topic, centred around a friendship between two young men who are facing their mortality in very different ways. Filmmaker Arthur Bressan has some tricks up his sleeve, but his storytelling is disarmingly simple, which makes the characters and situations deeply engaging.

While the film's tone feels simplistic and old-fashioned, there's a sophistication to the characters and issues that is far ahead of its time. Even three decades later, this is a bracingly complex exploration of the Aids epidemic, the political cruelty that sparked it and the social opinions that exacerbated it. So the way the film presents David and Robert as normal guys just trying to live their lives has an everyday quality to it, as well as something revolutionary. It's beautifully acted by both Schachter and Edholm, who bring sharp humour and warm emotion to every scene. The other cast members remain mainly just out of sight, because this isn't their story. So not only is this a vital document of a place and time, but it's also a remarkably involving, provocative drama that needs to be seen today.

This coming week I'm hoping to get into a screening of the animated adventure Spies in Disguise, and there are also Justin Long in After Class and Gary Oldman in The Courier, plus catching up with the animated film Missing Link, the footballer doc Diego Maradona and the Tarantino doc QT8: The First Eight.
Posted by Rich Cline at 19:24