Critical week: Life of the party 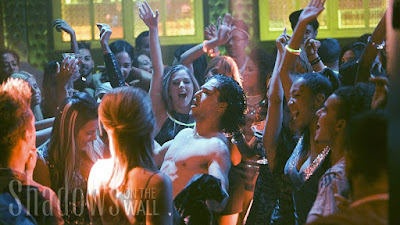 Even as this year's condensed awards calendar rockets ahead (how about those dull Oscar nominations?), screenings are slow to kick off this year. I've only seen four films this week. (Full disclosure: I did not chase an invite to the one press screening of Bad Boys for Life, as I'm still scarred from Bad Boys II ... 17 years ago). There are plenty of releases in the cinemas, but these are films I saw during the autumn film festival and awards-qualifying seasons. New movies are coming up, so hopefully screenings will materialise soon.

In the meantime, I caught up with Xavier Dolan's The Death & Life of John F Donovan, which premiered to harsh criticism at the 2018 Toronto Film Festival and has since been re-edited. There are issues with the structure, but Dolan is such a fine writer-director that the characters come alive gorgeously. And what a cast: Kit Harington, Natalie Portman, Susan Sarandon, Kathy Bates, Thandie Newton, Michael Gambon! Another Brit, James Norton, stars in the true historical drama Mr Jones, which recounts a fascinating story just before the Second World War as a brainy journalist tries to get the British government to wake up to the threat of Hitler and the lies of Stalin. The British fact-based drama No Fathers in Kashmir is a moving and important story about two teens uncovering the truth in the nasty political situation in northern India. And then there was this one, already a contender for the worst film of 2020...

Opening as a playful satire of smartphone culture, it becomes quickly apparent that filmmakers Jon Lucas and Scott Moore (The Hangover/Bad Moms) have nothing clever in mind, merely shouting the most obvious jokes rather than digging into the lively premise or characters. There was a chance to actually make a comedy that was cute and astutely pointed. But amid a flurry of strained in-your-face jokes that are actually embarrassing to watch, the plot is painfully predictable.

Working for a listicle website, Phil (Devine) is a loner whose phone is his only friend. One day he meets local bicycle shop owner Cate (Shipp), and in his excitement accidentally smashes his iPhone. The new one comes with an AI assistant called Jexi (voiced by Byrne) who takes over his life and issues instructions, ignoring anything he says. She bullies him into changing his diet, musical preferences and pretty much everything else. Then when his hugely unlikely romance with Cate begins to take off, Jexi gets jealous.

The idea is that Jexi is programmed to make Phil's life better in any way possible, but she does this primarily through foul-mouthed insults. Meanwhile, the filmmakers fill the brief running time with idiotic slapstick, wacky smut and unwarranted sentimentality. All of which makes it almost impossible to care what happens to Phil, even if Devine and Shipp have some genuine charm in between the lines. It's especially galling that after so much relentlessly inane stupidity, the filmmakers have the nerve to awkwardly try and create some sweet moments. And the simplistic finale is insulting.

In the diary for this coming week, I have George MacKay in True History of the Kelly Gang, Kristin Scott Thomas in Military Wives, the Filipino political drama Quezon's Game and the acclaimed Sudanese documentary Talking About Trees.