Stage: Beyond the casting couch 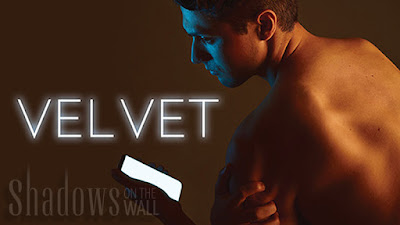 Velvet
by Tom Ratcliffe
dir Andrew Twyman
at Above the Stag, Vauxhall • 2-27.Oct.19

Transferring from the Edinburgh Fringe, this one-man show is expertly written and performed by Tom Ratcliffe to explore ideas about the casting couch in the #metoo era. It's pointed and right up to date, taking an angle rarely explored as it follows a young gay actor's attempt to navigate a difficult obstacle course to find work.

Ratcliffe appears on a bare stage with just a velvet sofa, playing all the roles himself. The way he shifts between characters using his voice, attitude and simple physical cues is remarkable. It's clear that he knows this material back to front, which sometimes leaves it feeling a little over-rehearsed. But it needs to be this precise to work as effectively as it does, balancing a fine line between realism and heightened performance art.

The narrative is fragmented, following a few strands in Tom's life, including a strained relationship as he attends casting sessions, tries to land an agent and chats on apps to men. One of these virtual contacts becomes a major character, a Los Angeles film exec with a stable of boys who do what he says in exchange for stardom. From England, Tom is reluctant to indulge in this explicit video-chat roleplay. But the thought of landing an audition for Star Wars is difficult to ignore.

The material taps into a range of casting couch issues from multiple angles, including a best friend who has inexplicably made the big time, leaving Tom behind. And the stories Tom recounts and acts out are often very funny, darkly pointed and also sometimes very moving. It's a remarkable performance from Ratcliffe, exploring the randomness of fame, the predatory nature of the gatekeepers and the fact that sometimes you have to write your own show to make it.